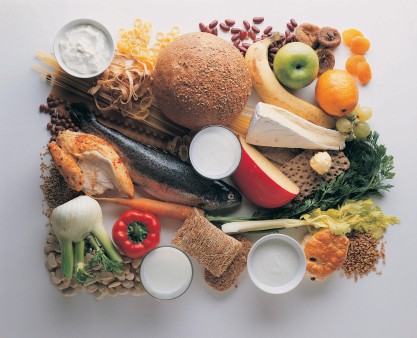 The Mediterranean diet, which includes fruits, vegetables and whole grains among other healthy foods, has been associated with a lower risk of colorectal cancer for quite a while. But recent findings presented at the ESMO World Congress on Gastrointestinal Cancer suggest that eating large amounts of fish and fruit and guzzling down fewer soft drinks are the key elements that help reduce one’s risk of developing precancerous colorectal polyps, reports Healio.

For the study, researchers at Tel-Aviv Medical Center in Israel assessed 808 individuals, between ages 40 and 70, who were not at high risk for colorectal cancer to compare the effects of single and combined mechanisms of the Mediterranean diet on the development of advanced colorectal polyps. All participants underwent either screening or diagnostic colonoscopies.

In addition, scientists used food frequency questionnaires to examine folks’ adherence to different elements of the diet. Researchers monitored higher intake of fruits, vegetables and legumes, nuts and seeds, fish and poultry, whole grains and a high ratio of monounsaturated to saturated fatty acids, as well as lower intake of red meat, alcohol and soft drinks.

Furthermore, findings revealed that if a person followed just one to four of the diet’s components, this cut the risk of polyps in half. In addition, after researchers adjusted for other risk factors and parts of the diet, they observed that low consumption of soft drinks and eating more fruits and fish demonstrated the strongest negative associations with colorectal cancer. (Adherence to all three components was linked to a significantly lower risk.)

“We found that each one of these three choices was associated with a little more than 30 percent reduced odds of a person having an advanced, precancerous colorectal lesion, compared to people who did not eat any of the [Mediterranean diet] components,” said Naomi Fliss Isakov, PhD, the study’s lead author. “Among people who made all three healthy choices, the benefit was compounded to almost 86 percent reduced odds.”

Fliss Isakov said further research is planned to gauge whether the Mediterranean diet is associated with a lower probability of colorectal cancer among those at higher risk for the disease.

Click here to learn how to get started on a Mediterranean diet.

Maybe a Special Diet Could Help Your IBS