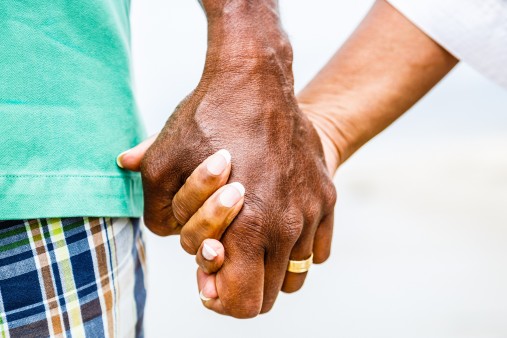 The challenges of living with the virus

Since highly active antiretroviral therapy (HAART) became available in the mid-1990s, the life expectancy of people living with HIV has received a healthy boost. That’s the good news. The bad news is that increasingly, research shows that diseases that typically strike HIV-negative people in their 60s and 70s are affecting people with HIV in their 40s and 50s. One of the big unanswered questions is why.

Whether it’s heart attacks, bone fractures, kidney disease or certain cancers, the rates of these conditions in people living with HIV are alarming. It’s unclear to what extent HIV contributes to these conditions or how much may be explained by other factors (such as smoking, HIV drugs and coinfection with other viruses).

Almost 20 years ago, at age 31, Larry, a Philadelphia native, was diagnosed with HIV. He didn’t expect to live past 40. “I was angry and bitter, and I just wanted to die,” he says. But eventually, Larry opted to start treatment for the virus. Now that he’s older, he worries about the effects that HIV and the antiretroviral (ARV) meds he takes will have on his health.

Besides living with the virus, Larry is also managing hypertension. He’s also noticed that as he’s aged, his body is storing fat in places where he’d never packed on pounds. Indeed, some ARV therapy can contribute to this type of fat redistribution (called lipodystrophy) as well as frailty and bone loss, kidney damage and elevated cholesterol and triglyceride levels.

As researchers work to learn more about HIV and how to resolve the disease’s age-related problems, the best defense against these issues are the old standbys: eating healthy, exercising, maintaining social connections and abstaining from harmful behaviors.