Erica L. Taylor, a Dallas filmmaker, shares the story of the harrowing incidents that led to her eventual diagnosis with uterine fibroids.

In 2008, Erica Taylor finally sought help for her persistent menstrual cycle issues. She experienced heavy and prolonged periods that lasted between 10 and 15 days as well as sporadic episodes of bleeding every month.

“I went to my ob-gyn,” says Taylor, a 44-year-old filmmaker and producer from Dallas. “At that time, there was no talk of fibroids or about what could be wrong. It was just about controlling my cycle.”

Taylor’s ob-gyn, an African-American woman, suggested she try an intrauterine device (IUD) or get on birth control. She experienced extreme pain when the IUD was inserted. “She just told me that some women cannot wear these types of devices,” Taylor says. “But something inside me said there’s more to this.”

Prompted by this uneasy feeling, Taylor sought a second opinion.

The new ob-gyn was also an African-American woman. She froze Taylor’s cervix. “This treatment was supposed to shorten the duration of my periods,” Taylor says. “I thought to myself, ‘Of course she knows what she’s talking about.’ But this was uncomfortable and painful, and it didn’t work.”

Next, the doctor administered a shot of Lupron, a medication used to treat the symptoms of uterine fibroids and endometriosis. The injection worked, but eventually its effects wore off. “I was right back in her office with the same problem,” Taylor explains. “Then my pain—and the pain during intercourse—started getting worse.”

Her doctor finally decided to do a sonogram. That’s when she determined that Taylor had fibroid tumors on her uterus.

“I was totally unaware of fibroids,” she explains. “I had never heard of them. The first thing I was thinking is cancer and that my life is over. She explained to me that there wasn’t a whole lot that she could do.”

In 2009, on her doctor’s recommendation, Taylor underwent a laparoscopy—a minimally invasive surgery—to remove her fibroids. The recovery time for the procedure was supposed to be about two days.

The doctor found seven fibroids—one was implanted in Taylor’s uterine wall—but opted not to remove any of them. Instead, she took out Taylor’s appendix. “She told me that I had a lot of scar tissue in that area that had sealed down the organ,” Taylor says.

The recovery took about seven days.

“The procedure was very different than what we had discussed,” Taylor says. “I was also really shocked that she didn’t remove any of the fibroids. She just said, ‘Well, I know that you want to have kids, so I’m not going to touch any of the fibroids that are in there.’”

Taylor felt helpless. She believed that the fibroids would interfere with her desire to one day be a mother. She also felt that her doctor’s wait-and-see approach to treatment was ineffective. “My symptoms were getting worse and I had taken a couple of trips to the ER for extreme pain and bleeding,” Taylor explains.

Three years passed before Taylor sought help again. By then, she had moved from Dallas to Los Angeles to pursue her film career. Rather than focusing on her heavy periods and pain, she worked on losing weight and improving her diet.

Then, in 2012, once again, Taylor ended up in the emergency room. Her pain had become unbearable. She was bleeding so heavily that she feared she was hemorrhaging. The doctors at the hospital told her only that there were masses on her uterus and to follow up with an ob-gyn. She was given pain medication and sent home.

“I just kind of rode that period out,” Taylor says. “I didn’t have health insurance at the time. I said to myself, ‘Maybe I should go try one of those clinical trials. This might be my only alternative because I’ve got to find some form of relief.’”

At the site of the clinical trial, a male ob-gyn administered a vaginal sonogram. The doctor was shocked at what he found. “He said, ‘This is terrible. When was the last time you saw a doctor? There’s just so many,’” Taylor recalls.

The doctor told Taylor that her fibroids were so large that he was unable to determine how many there actually were. He told her that a hysterectomy was inevitable. The news left Taylor devastated.

“I’m 36 with no significant other, and there were no prospects,” Taylor says. “And this is what the doctor said to me. I just began to pray and tried to find the strength to continue to move forward. There was just a small mustard seed of faith that was still inside of me that said, ‘This can’t be the end of my story.’”

Once Taylor got a better job and was able to afford health insurance, she found a female ob-gyn who specialized in fertility. “We did a sonogram, and she told me, ‘I can get all these fibroids out, and I can save your uterus.’”

It was then that Taylor learned that her mother had undergone a hysterectomy because of fibroids. “All this time we hadn’t talked about it in great length,” she says. “That opened the floodgates about more relatives who had fibroids and underwent hysterectomies.”

In March 2014, Taylor underwent an abdominal myomectomy, a surgery during which fibroids are removed via a single large incision in the abdomen while leaving the uterus intact. Taylor’s doctor removed 22 fibroids from her uterus and a cyst from her left ovary caused by endometriosis.

Following the procedure, Taylor experienced complications that landed her in intensive care for seven days. She was hemorrhaging and allergic to the pain medication she received. Her blood levels dipped so drastically that doctors urged her to undergo a blood transfusion. She did so, using two pints of her own blood that she’d given to doctors prior to her surgery.

“But that still wasn’t enough,” Taylor says. “My blood levels were at six and were headed to a five. It took me about a year to recover from that experience.”

As a result, Taylor had also lost her job. “I couldn’t drive the distance from where I lived to work,” Taylor says. “It was a very traumatic and eye-opening experience for me. It changed my life and how I thought about mortality and living.”

In January 2017, her old symptoms reappeared. “I discovered that my fibroids had returned,” she says.

That spring, Taylor moved back to Dallas with her fiancé and the couple began trying to conceive. An ob-gyn told them that Taylor’s chances of getting pregnant were very low. “My chances of conceiving were 0.1%, so we began seeing a fertility specialist for guidance,” she says.

In March 2019, Taylor experienced heavy bleeding. “It turns out I was having a miscarriage,” she says. “I didn’t know I was pregnant; it was a complete shock to me because I didn’t think there was a way I could get pregnant.”

Taylor found another physician who told her the fibroids were growing. Seven months later, Taylor got pregnant again but carried the fetus for only six weeks. Her pregnancy caused her fibroids to grow even larger.

At this time, Taylor and her husband were uninsured. “My husband and I are both entrepreneurs, so having medical insurance was sporadic,” she explains. “I just dealt with whatever pain came every month.”

In August 2020, Taylor underwent a robotic myomectomy—a less invasive procedure to remove fibroids. This time, the doctor removed 18 fibroids, polyps and a golf ball–sized cyst on her ovary.

“And the doctor still believes that I can get pregnant,” Taylor says. “We are currently in fertility treatments.”

Although this surgery went more smoothly, Taylor still experienced complications. She suffered a hematoma—an abnormal collection of blood outside a blood vessel—and spent three days recovering in the hospital.

“I’ve had my ups and downs,” she says. “My faith is one thing that holds true. At one point in time, it was all I had—faith in knowing that this is not the end of my story. I felt like God knew that I wanted to be a mother so badly.”

Taylor also channeled her energy into producing a film titled Red Alert: The Fight Against Fibroids, about her journey with fibroids, which she documented via photos and smartphone videos. Now, with a professional camera crew at work on the feature, she’s including the stories of other women who have suffered from fibroids and endometriosis as well as interviews with medical experts and doctors about the condition and treatment developments.

“It’s done in a way that is artistic because I wanted this to be more than a medical documentary,” Taylor explains. “I wanted to be able to really capture the eye and mind of people who may not be familiar with fibroids.”

Her goal is to release the film later this year. “I’ve dedicated my time, purpose and gift to making sure the right people are aware that women are going through this every day and suffering in silence. It’s helped me see something beyond my diagnosis.”

“After speaking with them, I became more familiar with the entire uterine fibroid embolization technique, which is something that was not offered to me by any of the physicians I saw,” Taylor says. “It was shocking to realize there was a treatment out there I could have had back when I was diagnosed that wouldn’t have led me to having two very invasive surgeries and a life-threatening one.”

Uterine fibroid embolization (UFE) is a nonsurgical procedure that shrinks fibroids by blocking the blood flow that feeds them. Approved by the Food and Drug Administration, the technique allows women to return home immediately after the procedure and resume normal activities within two to seven days. (However, despite the success of UFE, fibroids can return after treatment.)

Taylor believes that more money must be funneled into uterine fibroids research and wonders whether the condition gets insufficient attention because it is usually noncancerous and mostly affects Black women.

She stresses that it is time to sound the alarm about how uterine fibroids are “just as important as any other disease that disrupts a person’s life.”

Her advice to Black women experiencing fibroids is to get more than one opinion, do your own research, talk to loved ones and, most important, listen to your bodies and spirit.

“If something doesn’t feel right, go get it checked out,” she says. “Don’t let it fester or ignore it as long as you can. Definitely address it with your doctor. Ask questions and demand the answers you need. Don’t just believe that what you’re going through is just the way it is.” 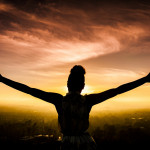 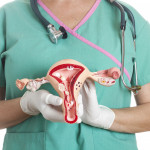