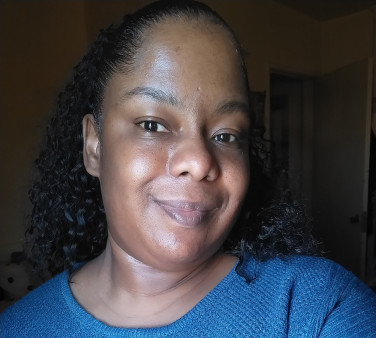 After being rushed to the hospital with severe blood loss, I learned I had uterine fibroids. The problem ran in my family. I got treatment.

In 2013, 35-year-old Stephanie Francis was rushed to the hospital with severe blood loss. After a procedure to stop the bleeding and an ultrasound, she learned she had uterine fibroids, noncancerous growths in the uterus.

“I always had heavy periods, so I was bleeding heavily, and that was normal for me,” recalls Francis. Now age 42, she works as a caregiver and lives in Los Angeles. “I was bleeding for two weeks, and I didn’t really put it in my mind that anything was wrong.”

Symptoms of fibroids include heavy periods, menstrual cycles that last more than a week, pelvic pressure or pain, frequent urination and constipation.

Francis knew that her mother’s side of the family had a history of uterine fibroids. Her mom had them and underwent a hysterectomy (removal of the uterus).

“That was my introduction to fibroids,” Francis says. “I didn’t want to have it because my mom had it. That was one of my fears.”

Despite this family history, Francis didn’t know much about the condition. Even after she was diagnosed, her mom and other relatives didn’t offer much advice about how to live with or handle the condition because these older generation family members who experienced fibroids had them removed surgically. One relative, however, told her that maintaining a healthy diet could help to stop fibroids from returning.

Doctors frequently prescribe hormonal IUDs that release progestin to relieve the heavy bleeding and pain fibroids cause. But these devices only relieve symptoms; they don’t shrink or eliminate fibroids. In addition, they’re used for only a limited time to avoid possible side effects.

At first, Francis put off getting an IUD because she didn’t want to go to the gynecologist. Instead, she opted for birth control injections as a way to control the heavy bleeding during her periods. However, Francis’s doctor suggested she switch from the shots to an IUD.

“I didn’t want to have any issues with fibroids—either with them growing again or coming back,” she says.

Once Francis got the IUD, her fibroids seemed to disappear. Satisfied with her decision, Francis continued to use the device. She wasn’t concerned about the IUD’s potential effects on her fertility because she didn’t plan on having kids anytime soon.

In retrospect, besides the initial ordeal she experienced in the hospital, Francis’s fibroids haven’t caused her many problems.

“I never felt any type of pain or hindrance from it,” she says. “It didn’t affect my quality of life. Although I was kind of freaked out by it, I just approached the problem from the standpoint of  how we could take care of this.”

Black women like Francis are more likely to develop fibroids than women of other races and to develop them at a younger age. What’s more, Black women tend to have more and larger fibroids at the time of diagnosis.

Francis advises African-American women experiencing uterine fibroids not to be ashamed and encourages them to see a doctor immediately if they develop fibroid-related symptoms.

“If I would have waited and not sought treatment, who knows if I would be alive,” she says. “Don’t put off getting checked out because you’re scared of what the doctor may say, and don’t shrug off symptoms that occur.”