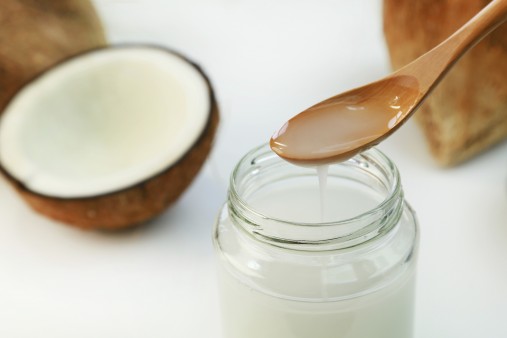 If you love to cook your favorite foods with coconut oil, it may be time to reconsider how often you use it. The popular oil is a saturated fat that increases low-density lipoprotein (LDL) cholesterol, which can clog the arteries and cause cardiovascular disease, according to a new advisory from the American Heart Association (AHA) published in the journal Circulation, reports Health.com.

Cholesterol is a waxy substance found in all cells that the body uses to produce certain hormones and vitamins and manage other vital functions. While LDL (bad) cholesterol can lead to blocked arteries and heart disease, high-density lipoprotein (HDL) is considered “good” cholesterol because it can remove excess amounts of fat from the blood and reduce the risk for heart disease and stroke.

Because coconut oil consists mostly of lauric acid, which raises HDL, some have argued that it is heart-healthy, but lead author of the AHA report Frank Sacks, MD, professor of cardiovascular disease prevention at the Harvard T.H. Chan School of Public Health, disputes that claim. Sacks points out that all fats raise HDL cholesterol and that recent research has shown that raising HDL levels doesn’t necessarily translate to a reduced heart-disease risk.

For the assessment, researchers at the AHA examined the effects of dietary saturated fat intake versus other types of fats and carbohydrates on cardiovascular disease. Scientists reviewed two controlled experiments on coconut oil. The first compared the oil with butter and safflower oil as a supplier of polyunsaturated linoleic acid, while the second compared coconut oil with olive oil. Findings from both experiments showed that coconut oil raised LDL cholesterol similarly to butter and more significantly than olive oil. Researchers also evaluated seven other trials that compared coconut oil with polyunsaturated oils, such as soybean, sunflower and corn, and monounsaturated oils, such as canola, sesame and peanut, and reached the same conclusion.

Interestingly, a recent study found that 72 percent of Americans think coconut oil is a healthy food compared with 37 percent of nutritionists. According to AHA experts, the media’s marketing of coconut oil associated the saturated fat with weight loss and a reduction in the risk of diseases such as Alzheimer’s, arthritis and diabetes. But like meat and diary products, coconut oil is also high in saturated fat and linked with increased levels of LDL cholesterol.

This is why researchers advised that coconut oil is not a health food. The scientists stressed that they support the AHA’s recommendation to eat less saturated fats, such as full-fat milk, butter and some tropical oils, like palm and coconut oil, and more foods high in unsaturated fats, such as seeds, nuts, fatty fish, avocados and olive oil, to reduce the risk of heart disease.

Click here to read more about what experts said about the pros and cons of cooking with coconut oil.