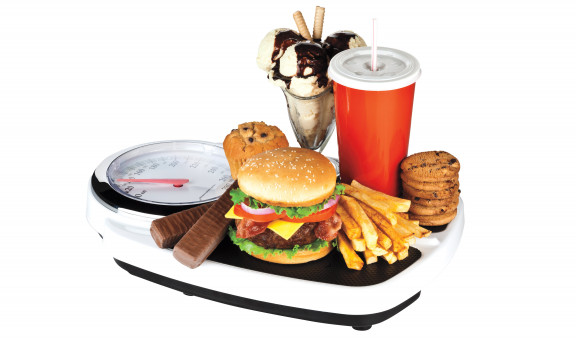 Consumption of such foods was associated with a 29% higher risk for colorectal cancer in men.

While ultraprocessed foods can be more affordable and convenient, they are also linked to poor health outcomes. Packaged snacks, factory-made breads, soft drinks, breakfast cereal and other ready-to-eat items are all considered ultraprocessed foods. Two recent studies find that such foods are linked to an increased risk for colorectal cancer as well as cardiovascular and all-cause mortality.

“Much of the dependence on these foods can come down to factors like food access and convenience,” Fang Fang Zhang, MD, PhD, of Tufts University in Boston, said in a press release. “Chemically processing foods can aid in extending shelf life, but many processed foods are less healthy than unprocessed alternatives. We need to make consumers aware of the risks associated with consuming unhealthy foods in quantity and make the healthier options easier to choose instead.”

In the first study, published in the BMJ, Zhang and colleagues examined the potential link between ultraprocessed foods and the risk for colorectal cancer. Such foods could affect gut health, promote inflammation or even be a source of contaminants that contribute to the development of cancer.

The researchers assessed three prospective cohort studies in the United States that used questionnaires to evaluate dietary intake every four years. The study population included 46,341 men from the Health Professionals Follow-up Study, and 159,907 women from the Nurses’ Health Study and the Nurses’ Health Study II who had valid dietary intake measurements and no cancer diagnoses at baseline.

In another prospective cohort study, also published in the BMJ, Marialaura Bonaccio, PhD, of IRCCS NEUROMED, and colleagues assessed the potential relationship between nutritional scores and mortality. They took into account two different food measures: the Food Standards Agency Nutrient Profiling System (FSAm-NPS), which is used to calculate the Nutri-Score placed on food packaging, and the NOVA classification, an indicator of the level of food processing.

“A significant proportion of the higher mortality risk associated with an elevated intake of nutrient-poor foods was explained by a high degree of food processing. In contrast, the relation between a high ultraprocessed food intake and mortality was not explained by the poor quality of these foods,” wrote the researchers.

These studies bolster calls for improvements in food policies to limit the consumption of overly processed foods. “Long-term change will require a multistep approach,” Lu Wang, PhD, of Tufts University, in the press release. “Researchers continue to examine how nutrition-related policies, dietary recommendations, and recipe and formula changes, coupled with other healthy lifestyle habits, can improve overall health and reduce cancer burden. It will be important for us to continue to study the link between cancer and diet as well as the potential interventions to improve outcomes.”

Click here to read the study on colorectal cancer risk.

Click here for more news about nutrition and cancer.