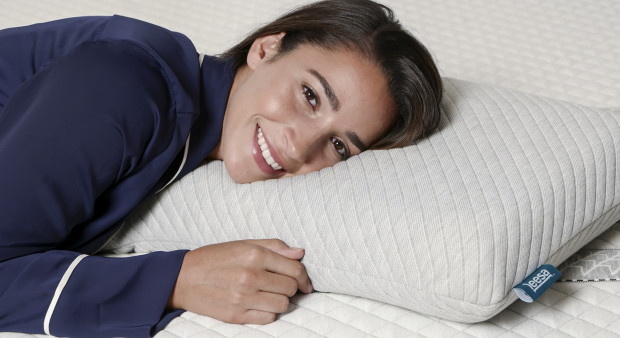 For Olympic gymnast Aly Raisman, snooze time has always been a required component of her training.

In 2003, when Aly Raisman was a camper at Camp Wicosuta (pronounced why-coh-soo-ta), a four-week sleepaway camp for girls in Hebron, New Hampshire, she predicted that in 20 years she’d be an Olympic gymnast, her forecast noted on the camp’s yearbook page.

“When I was younger, my girlfriends used to have sleepovers a lot,” Raisman says. “I would go to my friends’ houses and often leave early and missed out on the gathering because I didn’t want to risk being tired at the next day’s practice. It was a personal choice that I never regretted because I was obsessed with gymnastics and figured that those little decisions would, hopefully, make the difference one day. I knew I could have a social life after the Olympics.”

At the Rio Olympics in 2016, Raisman was voted captain of the U.S. women’s gymnastics team for the second time. In an issue of Olympic Coach, a publication produced by the United States Olympic Committee’s Sport Performance Division, Lindsay Thornton, EdM, EdD, a senior sport psychophysiologist on the U.S. Olympic Committee stressed the key role sleep plays in the recovery and health of athletes. “Sleep supports healthy cognition, mood, metabolism (appetite and weight), tissue repair and immune function, among other important processes in the brain and body,” Thornton wrote.

Of course, even individuals who aren’t elite athletes need quality sleep to effectively perform these vital biological functions. People spend about one third of their lives engaged in slumber, which is as essential to survival as food and water, according to experts. Research shows that a chronic lack of sleep or poor-quality shuteye can trigger illnesses such as high blood pressure, cardiovascular disease, diabetes, depression and obesity.

This is why the National Sleep Foundation (NSF) recently recommended the following age-specific sleep ranges:

Although researchers don’t know how much sleep elite athletes need, scientists suggest that seven hours may not provide enough time for athletes to recover from high performance training. Sports competitors can also build up a large sleep deficit that can be aggravated by substandard slumber as a result of competing and traveling, which wreaks havoc on an athlete’s mood, brain and body.

Raisman learned how important sleep was to her health and athletic performance when she turned 15 and began competing at an elite level. “My coach, Mihai, always emphasized the importance of recovery and sleep. He said everyone has the same 24 hours—it is how you make those 24 hours count that makes you different,” she says. “Sleep and recovery are just as important as what you do in the gym. And sleep is still an important part of my life, even now that I’m not training.”

To help get the message out, Raisman partnered with Leesa, an online mattress company that donates one mattress for every 10 sold to nonprofit organizations that serve homeless and at-risk men, women and children. “The company understands the direct impact of sleep on performance, and this part of their mission also aligns with my desire to give back,” she says. (Full disclosure: Raisman sleeps on a Leesa mattress, as does Michael Phelps, another medal-winning Olympian who participated in the Rio Games.)

“I love to sleep and like to get 10 hours of shuteye each night,” Raisman says. “I am one of those people who needs sleep to function [at my best].”

Most people require about seven to nine hours of sleep each night to think properly, respond quickly and allow their bodies to continue performing essential biological processes, such as cell renewal, muscle growth, tissue repair and digestion. In addition, during sleep, the brain removes waste products from its cells, consolidates and preserves memories and even learns how to better execute tasks.

“Getting a sufficient amount of sleep is closely associated with good physical and mental health and overall quality of life,” says Alex Dimitriu, MD, a noted psychiatrist and sleep medicine specialist and the founder of Menlo Park Psychiatry & Sleep Medicine.

When she was training, Raisman also indulged in short siestas every day. “Napping made me feel refreshed,” she says. “Usually, my naps were anywhere from 20 to 45 minutes, and every once in a while my nap would be two hours long. But the two-hour naps were a way for me to realize I was pushing myself too hard.”

For most people, short naps of 20 to 30 minutes are a good way to help improve mood, alertness and performance, advises the NSF. Raisman says both napping and a good night’s sleep helped her stay energetic and achieve productive workouts.

What’s more, Raisman’s Olympic gold, silver and bronze medals attest to the importance of rest and recuperation to an athlete’s performance and resulting success.