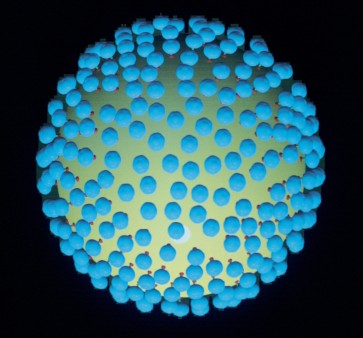 Although antiretroviral (ARV) drugs are currently the gold standard for treating HIV, these potent meds only stop the virus from replicating. ARVs can’t get rid of lingering reservoirs of HIV that hide out and mutate in the body.

To cure people, you have to get rid of the latent, nonreplicating form of the virus, says Robert Siliciano, PhD, a professor of medicine, molecular biology and genetics at Johns Hopkins University School of Medicine. “The current strategy is called ‘shock and kill.’ The idea is to, with drugs, try and turn on the virus again and then have the immune system kill the infected cells with killer T cells, which are an important part of the defense against viral infection.”

This means scientists must also figure out a way to activate killer T cells, a type of white blood cell that finds and destroys cells infected by HIV, to spot tiny unaltered segments of the mutated virus. This might allow the killer T cells to “kill the entire HIV-infected cell,” says Kai Deng, PhD, a postdoctoral research fellow at Johns Hopkins who is studying this problem.

Siliciano says now that researchers know what the problem is they are developing strategies to solve it. They hope to activate killer T cells that can focus on parts of the virus that didn’t mutate.

“There are proof-of-concept types of studies that can be done in the next two or three years to test this strategy,” Siliciano says. But he also cautions that no one yet knows if the strategy would work, because “you also have to be able to efficiently turn the virus back on,” the second part of a two-step process scientists are currently researching.

What’s next for scientists are clinical trials to test these strategies. Some are already underway in Europe.