U.S. Senator Bernie Sanders (I–Vt.) is urging the U.S. Department of Veterans Affairs (VA) to use its emergency powers to break the patents on expensive hepatitis C virus (HCV) drugs to get more veterans cured, The Wall Street Journal reports.

Sanders, an Independent, recently announced his bid for the 2016 Democratic presidential nomination.

The politician wrote an open letter to the VA asking the agency to override patent protections held by Gilead Sciences for Sovaldi (sofosbuvir) and Harvoni (ledipasvir/sofosbuvir) treatments, as well as patents held by AbbVie for its Viekira Pak (ombitasvir/paritaprevir/ritonavir; dasabuvir) combo regimen.

In the letter, Sanders notes the VA has stopped enrolling HCV-positive veterans because of budget constraints. He also points out the agency has already spent over $400 million on HCV drugs to treat nearly 20,000 veterans living with hep C, and is running out of money fast.

Sanders, the former head of the U.S. Senate Committee on Veterans Affairs, wrote: “I cannot think of another situation where the government-use provision should be applied. Our nation’s veterans cannot, and should not, be denied treatment while drug companies rake in billions of dollars in profits.”

The last time the U.S. government used its executive powers to break a drug patent was in 2001, when the George W. Bush administration convinced Bayer to cut the price of antibiotic drugs used to treat anthrax.

So far, the VA has not commented on whether it will consider breaking hep C patents, but a spokesman said they are working with Congress to find ways to address the agency’s financial shortfall.

An estimated 180,000 veterans enrolled in VA health care are living with chronic hep C. A standard 12-week course of HCV treatment with the latest therapies can cost anywhere between $80,000 and $100,000 per person. 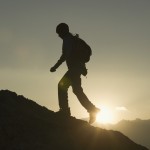 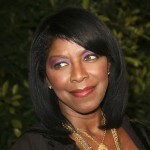 Natalie Cole’s Death May Have Been Related to Hepatitis C 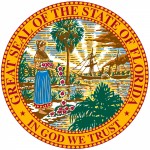