Like the HIV/AIDS epidemic nearly 40 years ago, the coronavirus pandemic may prove particularly lethal to incarcerated people.

In the 1980s, while serving time in prison for a conviction on manslaughter and attempted murder of a police officer, Mujahid Farid witnessed men fall sick and then quickly wither away and die. Like a vengeful spirit, death stalked the overpopulated tiers of these institutions, claiming lives with each visit.

The HIV/AIDS epidemic had blazed through the prison population. Years later, in an interview with Real Health magazine, Farid recalled the ignorance, fear and terror of those days.

“Someone had gotten sick, and they came in and took him to solitary confinement. Then they brought in some hot steam machines and began fumigating his cell. They actually pumped that stuff in until the steel walls buckled,” he said. “Those are the kinds of responses you were getting in general, which scared the population. When people who are confined saw that kind of response and somebody being taken away who probably had the disease, this created a whole atmosphere of panic.” 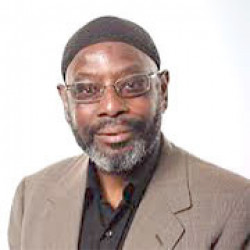 After researchers began learning more about how HIV worked, however, Farid and a group of other men behind bars organized their own response to the virus. Unhelpful prison officials initially tried to shut down the men’s effort to launch a prisoner education program on AIDS. Eventually, however, the men were successful in establishing the Peer AIDS Counseling Education (PACE), which spread throughout prisons in New York, setting a model for similar groups in correctional facilities nationwide.

After serving 33 years in prison, Farid was released in 2011. He went on to launch a campaign for incarcerated people, Release Aging People in Prison (RAPP) and dedicated the rest of his life to championing parole reform in New York state. (In November 2018, Farid died, at age 69, of pancreatic cancer.)

In response to the coronavirus crisis, RAPP sent a petition to New York Governor Andrew Cuomo that recalled the effects of HIV/AIDS and other infectious diseases likely to trigger epidemics within the confinement of prison.

“Correctional settings were and continue to be hotbeds for the spread of these outbreaks,” wrote RAPP organizers. “Whether it’s on prison cellblocks, in mess halls, program areas, or hallways, close contact among people in correctional setting is absolutely unavoidable and inevitably means the virus will be susceptible to serious spreading.”

The letter was signed by more than 150 specialists—including several HIV and hepatitis experts.

In March, New York Mayor Bill de Blasio released 900 people from prison who were classified as nonviolent offenders. During the same month, California’s Governor Gavin Newsom announced that 3,500 individuals in the same category would be granted early release.

But RAPP said more must be done to include incarcerated older adults and others with serious chronic conditions who are among the most vulnerable to the virus. “This population generally poses the least risk to public safety, including those convicted of violent crimes, is the most difficult to care for, and requires critical state resources,” the group stressed.

This article was written with the support of a journalism fellowship from the Gerontological Society of America, Journalists Network on Generations and The Commonwealth Fund.