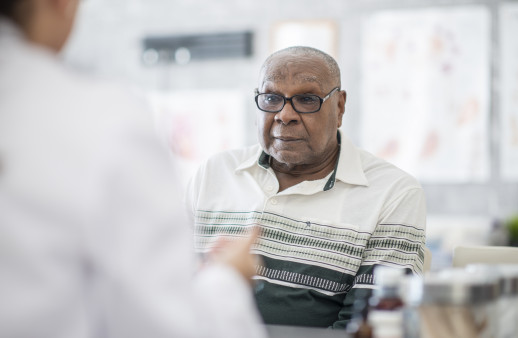 Black men had “a significantly higher incidence” of both localized and metastatic prostate cancer. But researchers reported good news too.

Looking at data on African-American and white veterans, researchers found that Black men “had a higher burden of [prostate cancer] in terms of incidence, morbidity and mortality.” Their findings were published in JAMA Network Open in an article titled “Racial and Ethnic Disparities in Prostate Cancer Outcomes in the Veterans Affairs Health Care System.”

In fact, Black veterans had a nearly twofold greater incidence of prostate cancer, including both localized cancer, meaning the disease was confined to the prostate, and de novo metastatic (Stage 4) cancer, meaning that when the cancer was first diagnosed (de novo translates to “from the beginning”) it had already spread from the site where it began.

Analyzing the treatment outcomes for prostate cancer, researchers found that Black men who received treatment in a timely fashion were less likely to have their cancer spread. In addition, the researchers noted that African-American men responded more favorably to radiotherapy compared with white men. 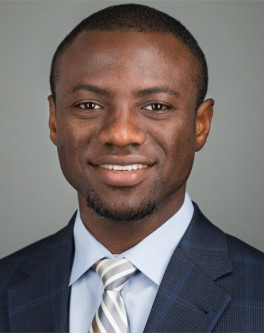 The study was led by Kosj Yamoah, MD, PhD, director of radiation oncology cancer health disparities research in the Department of Radiation Oncology at the Moffitt Cancer Center in Tampa.

For the analysis, Yamoah and his team evaluated data on 7.8 million men nationwide in the Veterans Affairs (VA) system between 2005 and 2019. “The VA provides high-quality care to veterans regardless of race, sex, geographic location or economic circumstance, thereby creating an equal access system compared to other large health care systems,” explained Yamoah, in a Moffitt press release. “This provides us with a unique environment to investigate prostate cancer health disparities across the disease continuum, such as treatment response or overall outcomes at each phase of the disease.”

In this case, racial disparities persisted even when Black men received equal access to care and experienced equal response rates to treatment, but the residual disparities were driven by the increased incidence of prostate cancer to begin with.

Previous studies have established that Black men experience higher rates of prostate cancer than white men (1 in 7 Black men versus 1 in 9 white men). After skin cancer, prostate cancer is the second most common cancer among men in the United States. Nearly 250,000 men are diagnosed with the malignancy each year, according to the Moffitt press release. However, as the Real Health Basics section notes, prostate cancer progresses slowly, and the death rate is low, around 26,700 men per year.

The higher prostate cancer incidence, the researchers wrote, could be the result of several factors, “including neighborhood characteristics and environmental exposures, nutrition, life course stressors and underlying ancestral or hereditary traits that may predispose African-American men to a higher risk of developing [prostate cancer].”

The researchers concluded: “A major finding of this work is the significantly higher incidence of both localized and de novo [metastatic prostate cancer] among African-American veterans compared with white veterans. Although timely initiation of primary treatment was associated with a dissipation of several outcome-level disparities, factoring in the higher incidence rate was associated with increased metastasis rates persisting in the African-American group.”

What is prostate cancer and its symptoms? The Real Health Basics on the topic explains:

Cancer develops when cells grow out of control. Prostate cancer is a typically slow-growing cancer of the prostate gland, a walnut-sized organ located under the bladder, in front of the rectum.

Doctors primarily use two tests to screen for prostate cancer: the prostate-specific antigen (PSA) blood test and the digital rectal exam (DRE), in which a finger is inserted into the rectum to feel for lumps or swelling.

Usually, early-stage prostate cancer, when tumors are small, causes few or no symptoms. As cancer progresses, some men may experience symptoms such as:

Some of these symptoms may also be caused by noncancerous enlargement of the prostate, known as benign prostatic hyperplasia.