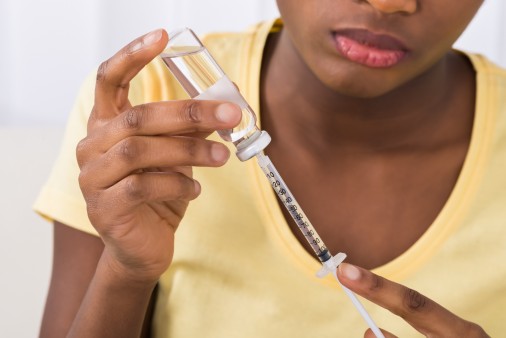 A Key Debate in HIV

Continued concerns about a link between the virus and diabetes

The good news is that people with HIV are living longer, thanks to effective antiretroviral (ARV) treatment. The downside is that this longevity puts them at risk of developing noncommunicable diseases that become more common as people age. Additionally, HIV and the meds that help manage it may worsen such illnesses in those who had them before contracting the virus. Diabetes is one of these diseases.

For a recent study, researchers reviewed data from responses to two surveys given during 2009 to 2010. Scientists polled 8,610 people living with HIV who participated in the Medical Monitoring Project, which helps state and local health departments and the Centers for Disease Control and Prevention learn more about the experiences and needs of people living with the virus. They also gathered survey information from 5,604 members of the general public who took part in the annual National Health and Nutrition Examination Survey.

After accounting for all the factors associated with a heightened risk of diabetes, scientists found that among people living with HIV, women, individuals 20 to 44 years old and even those who weren’t obese were more likely to have the blood sugar disorder than the general population.

Currently, researchers don’t know whether HIV leads to diabetes. Still, many call for more studies to see whether screening guidelines for the illness should be modified to include HIV infection as a risk factor for the chronic condition.