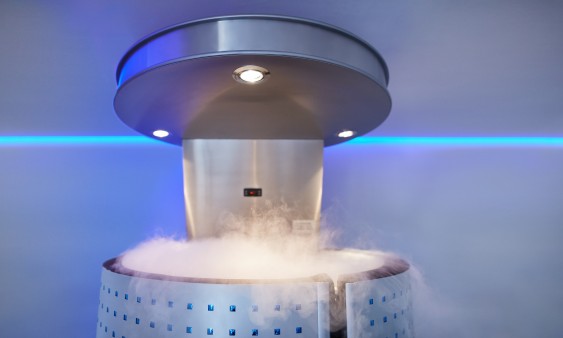 Let’s take a look at cryotherapy.

For years, elite athletes such as Lebron James and Kobe Bryant routinely soaked in icy baths as part of their training. More recently, some athletes have taken such frigid dips to a whole new level and stripped down to step into cryotherapy chambers. Inside these cylindrical capsules, they seek relief for their aching bodies as well as other benefits that bathing in air chilled to minus 200 to 300 degrees Fahrenheit by liquid nitrogen is believed to confer.

However, cryotherapy as a treatment for the whole body isn’t backed by credible scientific evidence, and the Food and Drug Administration (FDA) has yet to approve it for any health problems. The agency says claims about whole body cryotherapy (WBC) abound, as do lists of athletes and celebrities who endorse this practice. But what happens to the body during a session in a cryotherapy chamber? What effect do its subzero temperatures have on blood pressure, heart rate and metabolism?

The bottom line? If you decide to try WBC, the FDA suggests that you talk to your doctor first.