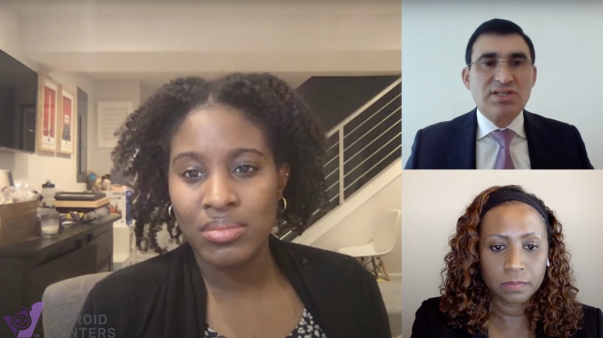 A new video series by the USA Fibroid Centers featuring Christina Henderson, a Washington, DC, councilwoman at-large, aims to educate women—particularly those of color—about uterine fibroids and related health disparities, according to a recent press release.

Titled Break the Silence, Break the Behavior, the series features interviews with both political and community leaders on the topic of raising awareness about fibroids and improving health education and access to health care for the 26 million women in the United States who develop fibroids before age 50.

Black women are more likely to be diagnosed with fibroids and suffer from more severe symptoms than white women. As an African-American woman who advocates for maternal health and eliminating disparities in health care, Henderson feels strongly about helping further discussions about fibroids.

In the first video of the series, which can be viewed above, Henderson and USA Fibroid Centers founder Yan Katsnelson, MD, discuss fibroid health disparities and access to better health care for women of color. The conversation was moderated by Erica L. Taylor, a filmmaker and USA Fibroid Centers brand ambassador. (Click here to read Taylor’s uterine fibroids story.)

“It’s about using this moment to talk about issues like fibroids that haven’t been mainstream,” Henderson said. “Having trusted communicators is one of the key steps to making any type of health initiative work. Women need to know that they can ask their physicians questions and to seek a second opinion if the care they’re receiving doesn’t make them feel listened to or supported.”

Katsnelson stressed that more information about fibroids and treatment options must be made available to women, particularly to those who want to preserve their uterus and fertility. This would help women feel empowered to make the best choices for themselves, he added.

“Talking about the disease will help uncover problems,” Katsnelson said. “We need women who are willing to share their stories because the message cannot be spread by doctors alone—we need everyone to be aware to help us change the conversation about fibroids.”

The USA Fibroids Center hopes that these powerful conversations will fuel further talk about fibroids and ultimately lead to more remedies for this common condition.

For related coverage, read “At 26, a Doctor Advised Her to Have a Hysterectomy” and “Don’t Let a Doctor Tell You ‘It’s Just Your Hormones