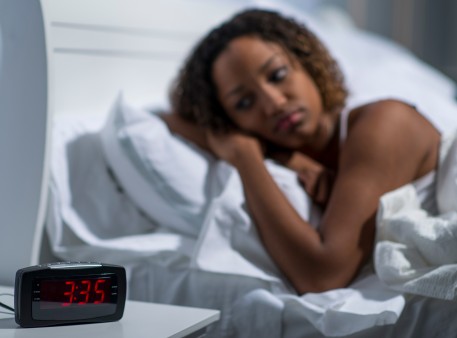 There’s a proven connection between repetitive negative thinking (RNT) and disruptions in sleep and circadian rhythms—physical, mental and behavioral changes that follow a daily cycle. Now, new findings published in the Journal of Behavior Therapy and Experimental Psychiatry suggest that there is an association between RNT and poorer-quality sleep and sleeplessness, reports Medical News Today.

For the assessment, researchers from the State University of New York at Binghamton recruited 52 participants ages 18 to 65. All individuals scored high on the Perseverative Thinking Questionnaire, a test used to determined a person’s level of RNT.

Scientists displayed to the group various pairs of either neutral images or those that evoked an emotional response. (Each person’s degree of attention was checked by following their eye movements.) In addition, researchers recorded data about participants’ sleep cycles and their typical bedtimes to determine how long individuals slept each night.

Findings showed that those who confirmed suffering from habitually disturbed sleep and difficulty dozing off also reported they experienced a tougher time disengaging from negative stimuli.

“We realized over time that this might be important—this repetitive negative thinking is relevant to several different disorders, like anxiety, depression and many other things,” said Meredith E. Coles, PhD, a professor of psychology at the State University of New York at Binghamton and one of the study’s authors. “This is novel in that we’re exploring the overlap between sleep disruptions and the way they affect these basic processes that help in ignoring these obsessive negative thoughts.”

Researchers noted several limitations of the study: that sleep problems may not necessarily be caused by persistent negative thoughts and that excessive worrying might not be a primary characteristic of those who suffer from sleep disruption.

Click here to learn how going to bed later on weekends may harm your health.