Twitter
Facebook
Pinterest
Tumblr
Email
Advertisement
The reality is that all men don’t cheat. I know this because I am a man who doesn’t cheat and I know many other men who don’t cheat. I am writing this so women can understand the effects of believing that all men cheat has on them and how to address that distorted view of men. First I will address why men don’t cheat. Most people like to talk about why men cheat. The true is the opportunity is there for all men to cheat. My concern isn’t why men cheat just like I don’t think worrying about why people steal will solve stealing. I think what will help better is if women learn why the men who don’t cheat avoid the temptation, and then the better they will be able to identify them and date them. Here is a list of things I believe are characteristics of men who don’t cheat.

To them it is STUPID because of the risks. They may have had a friend or family member who had been harmed physically by a bad love triangle experience. Now, these men may not tell the women they are with voluntarily but if you ask them they may tell you. These men may not have had a lot of girlfriends and may have married early.

It is disrespectful to the person they are dating and to themselves. These men are very moral and mature. They may be deeply religious or socially conscious and or committed to a cause. While so men may say this as a simple line to cross the men who feel this way will not have problems with sharing their daily activities and friendship circles.

They don’t know how to do it without it being disrespectful or getting caught. Even though this is a sad excuse some men just don’t know how to be sneaky. Just like stealing there are people who know how to steal something and people who don’t but would if they could figure out how. There are those who just don’t steal because they know they will get caught. This is a weak reason but it is still a reason. In reality some men cheat on their girlfriends and wives because they can get away with it. More than likely cheating is not the only thing they can do without people knowing it.

They are in a relationship, which is nurturing and respectful. Happiness is a real reason to not cheat. Men and women who are unhappy in their relationship are more likely to cheat than people who are in happy relationships.

They are mature and experienced with women and don’t feel they are missing anything in other women. This is a sentiment I hear a lot of older men share. I often hear older men advice younger men that they are not missing out on anything by being with one woman. So, it’s safe to say that this belief is something they have had throughout their married life. This is one of the issues I take with these grown playboys and philandering bachelors. They claim to be so smart and educated but yet they can’t commit to a woman. To me they aren’t mature men they are little boys with no discipline. I am willing to say that these men who lack this type of maturity lack it in other parts of their character.

They have made a conscious decision to be with the woman they are with. Men who have this feeling are able to make other firm decisions. When these people make these types of decisions they are very clear about them. They either hold the commitment of marriage very dear to them or they seriously value having a wife. They are very clear on why they love the woman they are with. Clear about why they choose the woman they chose. They may not have dated a lot of other women. They should be able to explain what was wrong with each of their past girlfriends. They might not have dated a lot of women and therefore they feel lucky to have found the one they married.
.
It is against their beliefs and they knew what they where getting into when they entered into a relationship. This is a feeling of many men. For men who believe cheating is wrong they have no problem telling people. These are the strong men of the family and community. The live their lives like a model, like an example for others. These men will tell anyone about marriage and commitment without even being asked.

They had a healthy dating experience and found a person they could spend their life with. This is a feeling that men have when they are head over their heels in love. Men don’t cheat when they feel like this. Not every person feels this way but some do. These are special people. We should all have dating experiences, which are fruitful like this.

They aren’t presented with the opportunity to cheat. This is sad but true. Some men just don’t go anywhere were they think they can get away with an act of infidelity. They don’t travel for business or anywhere by themselves. They don’t have women they can cheat with. They don’t have women around them who want to be with them. Now this doesn’t mean that all men who travel cheat. Hell no. Nor does it mean that men who have a lot of women who want to be with them will cheat. It just means that some men don’t cheat because they don’t have an opportunity to cheat.

They think about the outcome of physical intimacy. Some men value their lives and are comfortable to be where they are. They have worked hard to be where they are and don’t want to mess it up. Maybe they pay child support already and don’t want to pay more. Maybe they are scared of catching a disease. Men can even be scared of attracting a fatal attraction. They may have had a bad experience or witnessed a women go Carrie Underwood or Jazime Sullivan.

As always I love to hear your comments hit me up coachyojeff@gmail.com 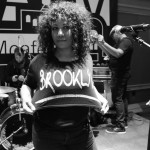