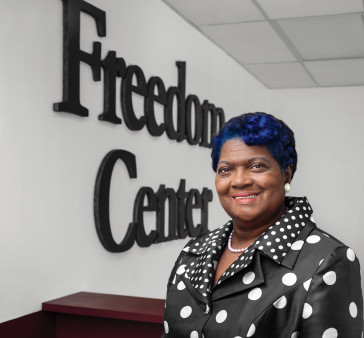 Eighteen years ago, when Joyce Turner Keller was diagnosed with HIV, she relied heavily on her faith to get her through this life-changing chapter of her life.

Although Turner Keller noticed changes in her body, such as weight and hair loss, she couldn’t explain them. Maybe it was a sign of menopause, she thought. Once she was finally diagnosed, she felt relieved and believed she could conquer the virus.

Turner Keller describes her diagnosis as an awakening. If acquiring HIV could happen to a praying woman like her, it could happen to anyone. Convinced she had to educate others, she disclosed her status within four hours of learning she’d tested positive.

She shared her initial HIV diagnosis—and, later, her AIDS diagnosis—with fellow church members during a prayer service at her home.

“It wasn’t hard,” she says. “It was like something inside telling me, ‘You have another purpose. Instead of saving souls, now you got to start saving some lives.’ And that’s what I did.”

But first, Turner Keller had to take care of herself. She immediately sought medical support to stay healthy. She also started exercising and meeting with a psychologist, who helped her work through her feelings about living with HIV.

Turner Keller then became certified in HIV and hepatitis testing and counseling and began testing fellow congregants and people at hair salons and barbershops.

She never let others’ fear about her HIV-positive status affect her. Instead, she turned every negative response she encountered into a teachable moment. “I shared with them what compassion does and how it is necessary to put yourself in another person’s shoes,” she explains.

In 2000, before her own diagnosis, Turner Keller baptized her cousin, who was living with AIDS, in a bathtub. No one in the church wanted to touch him, she says. At his funeral in the spring of 2001, she eulogized him. That same fall, she tested positive for HIV.

“I often thought what it would be like and how would I have felt had I treated him with disrespect or rejection,” she says. “It was almost as if it was a lesson learned. To me, it was as if God was preparing me to be where I am today.” 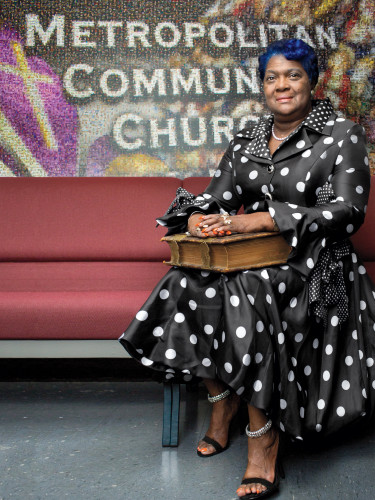 Through Aspirations, Turner Keller has tested thousands of people and connected many to care. She has traveled to different churches and rural communities to “reach people where they are,” she says.

Through her advocacy, she’s met a range of people from a variety of groups—young, old, Black, white, straight, gay, bisexual. “To provide HIV testing to every community is one of the most phenomenal things that my being positive has done,” she says. “It has taken away some of the stigma of getting tested.”

“People come into my home, and I cook,” she explains. “We have people from every walk of life, and we talk about any social issues on anybody’s mind.” She adapted her 10-year-old model and has taken it to other communities, drug rehabilitation centers and prisons.

Today, Turner Keller continues to provide testing, condoms and sex education to her community. She teaches people about the effectiveness of pre-exposure prophylaxis (PrEP) and Undetectable Equals Untransmittable (U=U).

“I’m driven because I never want to see another person walk in my shoes,” she says. “I don’t ever want to hear somebody say, ‘Well, I didn’t know.’”

According to a 2014 study by the Pew Research Center, 79% of Black people identify as Christian, 75% consider religion very important in their life and 47% attend church at least once each week. This, in part, explains why HIV-related stigma is prevalent among African Americans and consequently why Turner Keller has concentrated her efforts on reaching both African-American and faith-based communities.

Turner Keller uses her ministry, advocacy and her partnership with the National Black Leadership on AIDS, which helps support her testing and outreach initiatives, to connect with Black church members.

One of her greatest challenges is getting women in the church to discuss sexual health and condoms. As Turner Keller explains, being a Black woman in the church sometimes means your religion comes ahead of your sexual health, which is why initiating conversations about condoms, especially with married Black women, can take time, she says.

But the fact that, according to the Centers for Disease Control and Prevention, Black women account for most new HIV diagnoses among women (59%) in the United States keeps Turner Keller committed to her work.

“I try to get the women comfortable and make fun games of it,” she says. “You are trying to get them to understand that knowledge is universal. It’s not just about you and your man. This is a health issue.”

Turner Keller stresses that she wants Black women to value themselves and realize that they matter. Most important, she advises them to practice self-care. “Love yourself enough to protect yourself,” she urges.

“I would tell every Black woman that they are the foundation of the earth,” Turner Keller says. “This is who you are. You’re stronger than you know and you can rise above anything.”

Her suggestion to newly diagnosed individuals is to get into and stay in care, find a good support group and practice self-love. “I would advise women to use and be knowledgeable about condoms and to know that there’s no shame in having sex,” she says.

And if you’re spiritual, it’s important to know that there is a higher power out there that can lift you up when you’re down and offer you hope when you feel lost, Turner Keller says.

This determined woman doesn’t believe there should be a limit on how long individuals can serve their communities. Her goal is to make a difference, speak for the voiceless and normalize living with the virus.

“HIV is nothing more than a challenge that affords me the opportunity to walk in my purpose,” she says. “I have only begun to lead. It’s not over yet.”