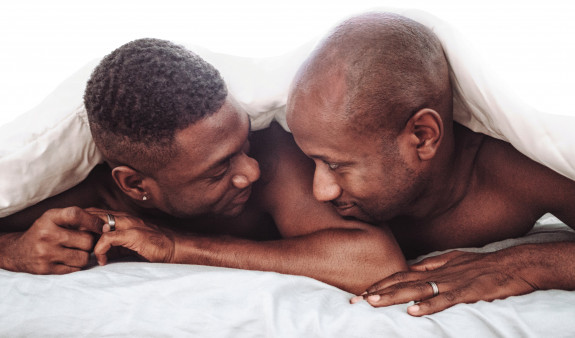 The racial disparity gap has widened since the start of the HIV epidemic, with diagnoses higher among Black men who have sex with men.

Despite a decrease in the number of new HIV diagnoses overall, Black people represent a majority of new cases, a majority of individuals living with the virus and a majority of those who have died as a result of the chronic disease.

According to the Centers for Disease Control and Prevention (CDC), of the 37,832 new HIV diagnoses in 2018, 42% were among Black adults and adolescents, 31% were among Black men and 11% were among Black women. This is despite the fact that African Americans account for only 13% of the U.S. population. Among American men, new diagnoses are much higher for Black men who have sex with men (MSM). In addition, Black women are more likely than women of other races to be diagnosed with HIV.

However, statistics show a decline in new diagnoses among Blacks. Recent CDC data show that the number of individuals newly diagnosed with HIV dropped 27% among Black women and 32% among heterosexual men. However, overall, diagnoses remained stable among Black MSM.

According to experts, awareness, testing and treatment are the best ways to prevent a spike in HIV diagnoses. The CDC reports that one in seven Blacks with HIV don’t know they have the virus, which can lead people to unknowingly pass the illness to sexual partners.

The good news is, those who are aware of their status and take antiretroviral medication to consistently keep the virus suppressed to undetectable levels cannot sexually transmit HIV.