Picture this: You’re chillin’ at a club when an unknown someone buys you a drink. What’s in that glass? Now there’s a way to check whether your cocktail has been spiked with certain psychoactive substances (a.k.a. “date rape” drugs), Medical News Today reported.

Researchers presented a sensor that instantly and accurately detects the presence of GHB and ketamine—the most commonly used date rape drugs. The sensor was unveiled at the Nano Conference 2011 in Israel.

Professor Fernando Patolsky and doctor Michael Ioffe of Tel Aviv University Sackler Faculty of Exact Sciences developed the sensor. When the device is dipped into a cocktail, it triggers a flashing light or a beeping noise when a ray of light from the sensor interacts with a drugged drink.

To demonstrate the sensor’s effectiveness, Patolsky and Ioffe had bartenders mix a set number of the 15 most popular cocktails then randomly spike 50 of the drinks with GHB; the researchers weren’t aware of which drinks were spiked.

Using the sensor, scientists correctly identified the spiked cocktails. They got no false positives. Although date rape drugs have no taste and are invisible to the human eye, the sensor is able to pick up on subtle changes in the optical properties of drugged drinks.

The U.S. Department of Justice estimates that 200,000 women were raped in 2007 after unknowingly drinking cocktails spiked with date-rape drugs. But independent figures estimated that since so many cases go unreported, that number is probably more like 400,000. Until now, there’s been no protection against these covert attacks because it has been impossible to detect the drug’s presence.

Researchers said that the sensors should be commercially available in a few years. The next step is to miniaturize the device and make it cheaper and easier to use. The sensor’s inventors also want to expand the range of drugs the sensor is able to identify.

Here’s to safer days ahead!

Did you know that consuming moderate amounts of liquor has health benefits.
Click here to read more. 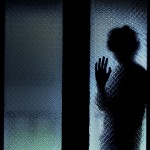 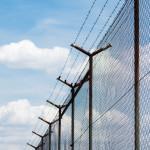