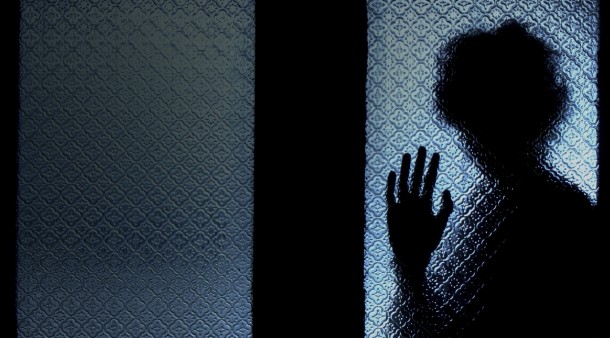 Sexual assault survivors often turn to food as a way to cope with the trauma of such violence, which can lead them to develop eating disorders.

When she was in her late 20s, writer Roxane Gay weighed 577 pounds. For the author of Bad Feminist, the New York Times best-selling essay collection, the number—the heaviest weight she ever carried—was hard to believe. Now 42 years old, Gay is 150 pounds lighter. The trigger that caused her to pack on the pounds was the trauma of being gang raped when she was 12 years old, an incident she recounts in her most recent book, Hunger: A Memoir of (My) Body. Gay says she used her weight as a shield. “I definitely thought if I’m bigger, I’ll be safer because I’ll be able to fight those boys better,” she told Rolling Stone magazine. Indeed, individuals who survive sexual assault, such as Gay, often develop eating disorders, according to mental health experts.

The connection between sexual abuse and responses such as overeating, binge eating or other eating disorders is complex. “People who have been sexually abused may turn to food to relieve a wide range of different states of tension that have nothing to do with hunger,” says Mary Anne Cohen, LCSW, the director of The New York Center for Eating Disorders in her book French Toast for Breakfast: Declaring Peace With Emotional Eating. “It is their confusion and uncertainty about their inner perceptions that leads them to focus on food.”

Psychotherapist Mary Pender Greene suggests that for those who experience the trauma of sexual violence, food can offer solace. “Eating soothes anxiety about feeling vulnerable, and food is something that is legal and easily available,” Pender Greene says.

On a conscious level, Gay not only overate to make her body larger, but she also wanted to desexualize herself and numb her emotions to distance herself from the pain of having been sexually violated. “A part of what eating does is basically soothes any internal noise,” Pender Greene says. “You know the expression, ‘stuffing the feelings? When I’m eating, I don’t feel anything else.”’

According to RAINN (Rape, Abuse & Incest Network), the nation’s largest anti-sexual-violence organization, an American is sexually assaulted every 98 seconds, and every eight minutes that victim is a child. At age 5, Shant’e, from Dallas, was raped by the 11-year-old son of her mother’s friend after being dropped off at the woman’s home. Another time, she was sexually abused by her aunt’s husband when she stayed at the couple’s home.

“I found out from a puppet show that what was happening to me wasn’t normal,” Shant’e says. “So at that point, I kind of started fighting back—I told him no and he didn’t do anything.”

Shant’e was surprised that standing up for herself stopped the abuse from her aunt’s husband, but unpleasant consequences swiftly followed. “What ended up happening is, after I said no a couple of times, I was left out on the stoop to have my mom come and get me because I couldn’t stay there anymore,” she says.

As the years passed, Shant’e shuttled back and forth between homeless shelters and relatives’ homes. “I didn’t really have a home life. When my mom would miss me, she would go and collect me from an aunt’s,” she says. The longest stay with her mother was about one month.

“When she couldn’t take care of me any longer, she would take me to the children’s homeless shelter, and then the shelter would contact somebody, like my relatives,” Shant’e adds.

She ended up living in a children’s home until she graduated from high school—the longest she stayed in one place. In the meantime, Shant’e continued to experience sexual abuse until age 20.

As an adult, Shant’e found herself spending three hours each day at the gym running away from her problems on the treadmill. “I never realized I was eating my emotions because I never gained the weight,” she says. She didn’t notice that she was overeating until a friend pointed it out.

Shant’e’s friend told her that she marveled that she was able to avoid gaining weight even she always saw Shant’e with a pint of ice cream and a cinnamon. But despite realizing that she craved certain foods, Shant’e didn’t think there was anything wrong with her obsession with sweets because she never got fat eating this way. “I didn’t think it was an addiction because an addiction would mean everyone would be able to see it,” she says.

Then Shant’e moved to California, where she suffered from depression. “So not only was I eating a pint of ice cream every night before going to sleep,” she says. “I began eating cakes and cookies during the day.”

To counter any weight gain from all the sweets she ate, Shant’e worked out even more vigorously at the gym. “One day I was on the treadmill running, and it felt like someone grabbed my heart and started to squeeze it. I felt like I was about to faint,” she says. So she slowed the treadmill to a speed-walking pace until the feeling passed.

When she repeated that workout, the pain returned. “So I got off the treadmill and told myself that I couldn’t do this anymore because I’d kill myself on that machine,” Shant’e says. “I couldn’t use exercise anymore to literally run away from my problems.” That’s when she relaxed her workout schedule to see what would happen.

Within six to nine months, Shant’e gained more than 100 pounds. Then, her former size 6 body ballooned to 300 pounds. At the time, she believed she’d fallen into a deep depression and couldn’t find a way out of the darkness.

“People with eating problems often suffer from symptoms of post-traumatic stress disorder without realizing that its origins lie in sexual abuse,” Cohen says. “Post-traumatic stress may be characterized by depression, feeling chronically ‘dead’ inside, having recurrent anxiety or nightmares or feeling constantly and painfully vigilant to one’s surroundings.”

Finally, last year, Shant’e tried therapy. “It wasn’t until I began talking about all these behaviors I wanted to stop that we discussed my addiction to food and sweets,” she says.

Being treated in the secure and protected environment of a psychotherapist’s office was Shant’e’s first step toward healing from sexual abuse. She lost 70 pounds of the weight she’d previously lost and regained. In therapy, she learned that she didn’t need to “hide behind candy or cookies” because the sexual violence she experienced was not her fault.

Pender Greene says she encourages her clients to join support groups so that they’re able to recognize they are not alone. “It gets better, even though it doesn’t go away. It becomes a part of your history, but it isn’t the only part that makes you. It’s a part of what has happened to you,” Pender Greene says.

Today, Shant’e’s relationship with food is much better. But she can’t break her trauma-triggered food addiction overnight. “I still binge eat, but it’s not to the extent it used to be,” she says. “My therapist was telling me I just have to let it happen naturally.”

In Gay’s case, a huge part of her therapy involves writing essays that include thoughts about her ordeal and how sexual assault shaped her relationship with food and perceptions on life. For her, the process is a lifelong commitment.

For more information about binge eating visit Over Eater’s Anonymous.