More Black women wise up to PrEP as a way to protect themselves from HIV.

When New Yorker Diane McMillon learned about a drug that could prevent the spread of HIV, she inquired about it for many reasons. Chief among them was that her husband of 20 years is living with the virus while she is not. Besides using condoms, taking a pill was another way to protect herself during sex with her partner.

“It’s good to talk to your significant other to find out his or her status. My husband thought I had HIV,” says McMillon, age 54. “I wasn’t sure he had it, but I assumed he did. We had a talk, and I let him know I didn’t have it.”

Thanks to antiretroviral (ARV) treatment for HIV, McMillon’s husband maintains an undetectable viral load, which means that even if they don’t use condoms, her risk of contracting the virus is negligible and, according to the nation’s top doctors, may, in fact, be zero. Nonetheless, in 2016, two years after learning about Truvada, a once-a-day pill that significantly reduces a person’s risk of contracting HIV from a positive partner, she made the choice to start taking the medication as added protection.

Also known as PrEP, short for pre-exposure prophylaxis, Truvada is a combination of the drugs tenofovir and emtricitabine. When PrEP first arrived on the scene in 2012, most women were unaware of the medication because the drug was primarily marketed to gay and bisexual men.

According to the Centers for Disease Control and Prevention (CDC), most Black women diagnosed with HIV contract the virus via heterosexual sex. But if, like McMillon, these women were to take PrEP consistently, their chances of contracing HIV could be reduced by more than 90 percent. Future studies of women on PrEP (about whom there is less research) may reveal the number to be closer to the more than 99 percent reduction in HIV risk among gay and bisexual men on PrEP.

Although the number of HIV diagnoses among Black women recently decreased by 42 percent, the CDC reports that HIV still disproportionately affects this population more than women of other races. Of adult women living with HIV in the United States, Black women account for 61 percent of HIV cases while white women and Hispanic women account for 19 percent and 15 percent, respectively. This is why health organizations launched efforts to raise awareness about PrEP among African-American women in particular—at the local, state and national levels.

In 2015, Black Women’s Health Imperative (BWHI), a national organization dedicated to the health and wellness of Black women and girls, partnered with Gilead Sciences, the manufacturer of Truvada, to market PrEP specifically to Black women. The resulting initiative, “Let’s Talk About PrEP,” was designed to educate women and engage them in their sexual health. 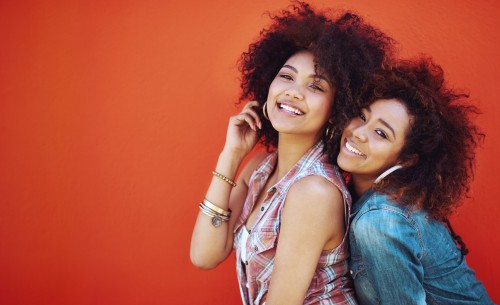 “With this campaign, it was all about speaking to women the way they talk to each other,” explains Linda Blount, MPH, the president and CEO of BWHI. “The message is, ‘You can take care of yourself. You can keep yourself healthy and safe. Here’s how you do this.’”

For the campaign, BWHI focused its outreach on Washington, DC, Baltimore and Atlanta, deploying street teams to distribute print materials throughout different neighborhoods in each city. “When we launched the campaign, our goal was to try to reach 300,000 women,” Blount says. “We ended up reaching 1.3 million.”

What’s more, the organization’s message captured the attention of women in other cities and those living outside the United States via the campaign’s digital component.

“The imagery we used was very positive,” Blount explains. “It showed women in relationships the way they see themselves in their partnerships. The language we used and the imagery really resonated with them, as did the distribution method.”

The next phase of BWHI’s mission is to encourage providers to recommend PrEP to women as a way to prevent the virus because some physicians still consider HIV to be a man’s disease. “What the literature shows is that providers in general don’t tend to recommend Truvada to their female and minority patients because there is this sense that doing so is going to promote risky, promiscuous sexual behavior,” she says. “There’s no evidence to back that up at all, but this perception comes with bias and other kinds of attitudes we see in the practice of medicine.”

If a woman is considering PrEP, Blount suggests that she bring it up with her provider or nurse practitioner. “When you go to the clinic, ask about it,” she advises. “If you ask about PrEP, then you can have a conversation. If you never ask, it may never come up.”

Beyond that, there are other challenges at hand, such as committing to take PrEP each day (the only way it will be effective), the possibility of side effects, costs associated with the drug and addressing the stigma that wrongly associates it with promiscuity.

McMillon says she doesn’t have any issues with drug adherence and regards taking Truvada as akin to managing diabetes or blood pressure with medication. “You have to take those pills every day, so I put being on PrEP in that context.” She also visits her doctor for checkups every three months, as required for all those who take PrEP.

HIV  prevention treatment must be normalized, to stop the stigma linked with PrEP, experts say.

Although there are some common problems associated with taking PrEP, Blount suggests that they’re minimal. (People have reported experiencing headaches, abdominal pain and weight loss.) However, more serious issues, such as liver, kidney and bone problems, may arise in the long term. But, so far, McMillon claims she hasn’t had any side effects.

As for cost, a month’s supply of Truvada is about $1,000 without insurance or other coverage. Blount recommends visiting clinics for information and applying to Gilead’s Truvada for PrEP Medication Assistance Program, which can help individuals who need help to pay for PrEP.

Blount says that right now, cost isn’t really an issue for her because the drug is often made available to people for free provided they complete the necessary bloodwork and paperwork. “The concern I have is where we’re heading,” she says. “If we can get over the hurdle and doctors continue to prescribe Truvada more often, PrEP has to be affordable.”

Her other concern is how to address the stigma around PrEP. Blount believes resolving this issue must begin with how HIV is discussed in the media and by the public health and medical communities. The treatment should be normalized, with less of an emphasis on the behaviors of those exposed to the virus, she stresses. In addition, the messaging must be positive and realistic.

Judith Dinar-Lewis, director of prevention and education at Bridging Access to Care, an HIV services provider in New York City, thinks sharing PrEP success stories can help in the fight against stigma.

“We recognize it’s going to take individuals time,” she says. “PrEP is not for everybody. We invite speakers and experts to address their questions and fears as they relate to women. This just reinforces the message. Eventually, the culture will change.” 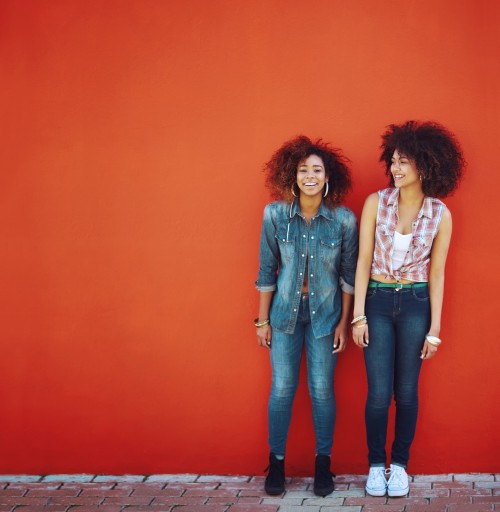 Similarly, McMillon thinks awareness and acceptance of PrEP begins with educating people about HIV. She felt ashamed when she first started taking Truvada but has since gotten over this feeling.

Although many people in her life don’t know she uses PrEP, McMillon isn’t afraid to tell other women about it in the hope that they’ll also give the HIV prevention treatment a chance.

“It’s my hope that Black women will be open-minded, continue to educate themselves and look at all their options so that they could make the best choice to live a healthy life,” Dinar-Lewis says.

Meanwhile, Blount wants to remind everyone that HIV is part of a broader set of health issues for people of color. “What we say to Black women is prioritize your health first,” she says. “We understand you’re there for your family and others, but take care of yourself first. If you do that, all other things will fall into place.”

The basics of pre-exposure prophylaxis

While the medication Truvada as PrEP, or pre-exposure prophylaxis, is an effective prevention tool for HIV-negative individuals in relationships with partners living with the virus (known as serodiscordant, which means of different HIV status), it can also benefit injection drug users, individuals who aren’t in mutually monogamous relationships and sexually active adults with partners of unknown HIV status.

What’s more, negotiation isn’t required. Those interested in taking the little blue pill are not obligated to inform partners about their choice. This is especially significant for folks who experience intimate partner violence, which can sometimes include sexual abuse.

According to the Centers for Disease Control and Prevention (CDC), PrEP offers maximum protection from HIV after about seven days of daily use for men who have sex with men. For women, however, experts report that the drug is most effective after taking it for about three weeks.

In addition, Truvada has low toxicity levels, so it won’t cause much harm to the body. For those worried about side effects, however, the most common ones, such as abdominal pain, headache and weight loss, usually disappear within the first month. Nonetheless, it is always important to report any issues associated with taking PrEP to one’s doctor.

Although PrEP lowers the risk of HIV infection, the drug doesn’t prevent other sexually transmitted infections (STIs) or pregnancy. This makes it a viable option for those who want to have children. (Providers recommend that women take pregnancy tests during each follow-up visit whether or not they plan to conceive.)

But before you take Truvada, know your HIV status. If you have the virus and take the medication, you can develop drug resistance. Furthermore, the CDC advises that those on PrEP continue to be tested for HIV every three months and for STIs every six months.