White, light, pale, fragile—the quintessential image of the ballerina is “the antithesis of what Black women are considered to be,” says Theresa Ruth Howard, a former dancer with Dance Theatre of Harlem and the founder and curator of Memoirs of Blacks in Ballet (MoBBallet.org). This perspective helps drive the stigma that professional ballet dancers of color—and African Americans in general—face.

Howard, who is also a ballet instructor, says she launched her website “to make the invisible visible again” and to recognize the rich history of African Americans in ballet. “It’s sort of like myth busting, the idea that Blacks don’t do ballet, or they weren’t doing ballet, or that they weren’t capable of doing ballet.”

At the heart of these myths is the body image of Black women overall—how we see ourselves and how other people see us and what they feel we can and can’t do—declares dancer Brenda Dixon Gottschild, author of The Black Dancing Body: A Geography From Coon to Cool. “African Americans have also been stereotyped as genetically best suited for certain types of dance that exhibit what is supposedly our innate sense of rhythm but innately ill equipped for other ‘white’ dance forms,” she says.

Indeed, Black women’s hair, skin and bodies have been stigmatized as being unattractive, which has rendered sisters unfit to be called beautiful. Cultural representations of Black women have labeled them masculine, as opposed to delicate or frail, and decidedly undesirable as a result. “The specific problem with the Black female body in ballet is that oftentimes it doesn’t look helpless; that’s the problem with overt muscularity,” Howard says. “Because even if the skinniest, whitest, palest ballerina looks like she doesn’t have muscles, clearly she does; she’s strong as an ox, but it’s just not apparent.”

But the apparent, outward aesthe­tic of strength clashes with the traditional view of a ballerina. “This is why I think a lot of artistic directors, a lot of critics and even audience members get thrown off by the Black female dancing body a lot of times—unless it mimics that whole aesthetic and it just happens to be brown,” Howard says. “And, unfortunately, there really is nothing you can do about that. Even if you starve yourself down to 97 pounds, if you possess a muscular build, that’s just your build.”

Dixon Gottschild’s book includes chapters dedicated to a discussion of the cultural perception of the particular attributes of Black people—feet, buttocks, skin and hair—most often singled out for special attention as confirmation that African Americans’ physiques are unsuitable for ballet. She understands that the mainstream culture’s focus on these physical characteristics affects the body image of those who inhabit the world of classical dance as well as regular folks.

“When I was looking for a way to create a better and more healthy self-­image, part of that effort was that I don’t consume anything that does not support me,” Howard says. “I don’t buy fashion magazines—though I can look at them—because I am not in them and they do not support me, so I’m not going to spend my money there.”

What’s more, Howard says, she advises her students and fellow dancers to develop a personal standard of beauty that includes them and those who look like them. As women and consumers, we don’t question and push back on the aesthetics established by the beauty and fashion industry. “For instance, when the average size of an American woman is a 14 to a 16, why is it that we desire to achieve a size zero?” she says. “While we’re looking at the size zeros and we’re not that, we don’t feel comfortable, but yet women will support a designer or a magazine that holds up that aesthetic.”

But other industries help shape body image aesthetics for females also, and the effect of their representations on women is equally worrisome.

One of the biggest culprits is advertisers, says filmmaker Jean Kilbourne, an outspoken critic of the advertising industry. Her lectures on the effects of advertising on women’s self-esteem and body image spawned a critically acclaimed documentary series titled Killing Us Softly that shows how the industry targets females’ insecurities and fears about their looks to sell ads. 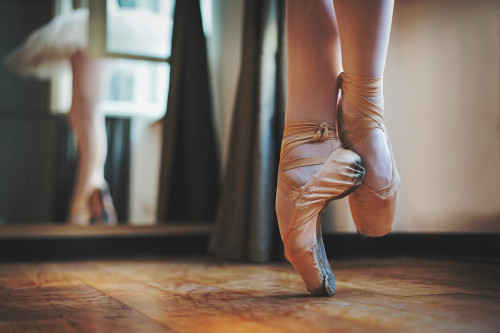 Many Black women feel devalued and disrespected in mainstream culture—and sometimes in their own communities—because they may not meet standard ideals of beauty in both settings.

In a small study, the findings of which were published in the journal Mass Communications, 36 Black women ages 18 to 59 were asked how they felt about the characters Madea and Big Momma—portrayed by African-­American actors Tyler Perry and Martin Lawrence, respectively.

Authors of a different study called “Perceiving the Black Female Body: Race and Gender in Police Constructions of Body Weight,” published by the National Institutes of Health, elaborated on previous research findings.

“With regard to Black women specifically, depictions of fatness are not only common but are central to whom characters are constructed to be,” wrote the authors. “These constructions are pointedly rendered more masculine via the use of Black male actors in drag, as in movies such as Big Momma and the Madea series. In these films, masculinity, fatness and social pathology stew inextricably in Black female bodies.”

The scientists included a comment from the paper about Perry and Lawrence’s depictions that said these “male mammies…usurped a familiar image of a grandmother or matriarch and turned it into an absurdity portrayed by men…these characters violate the dominant beauty ideal not only by being overweight and ugly but also by not being female at all.”

Things can get complicated when people start talking about ballet and diversity and aesthetics because these terms allow folks to “tuck a lot of biases into those little pockets, like why things don’t look right or why a Black ballerina may not be classical enough,” Howard stresses. “What do you mean by that? Are you talking about the actual line of her body, that her body creates a certain silhouette, or is it something that affects you on a deeper, cellular level about that particular body—be it brown, be it muscular, be it plump?”

Howard believes that race, gender and aesthetics are the more visible drivers of stigma in ballet. But other issues also create problems, such as young ballerinas not being encouraged to cultivate a healthy body image.

“Ballet never addresses female puberty,” she says. “And this is when the eating disorders, the disordered eating and all of that body image stuff begins. Ballet has yet to comprehensively figure out a way to support young girls through that period.”

In ballet, and in the community at large, negative body image can chip away at people’s self-esteem and inflict severe damage on their mental health. “This is such a huge and personal topic because everybody has issues, and it doesn’t matter what you look like,” Howard says. “But there are some basic things that we can start to do to balance ourselves.”

As a mentor to aspiring ballerinas, Howard is in a unique position to help mold young minds. “I ask my students, ‘Are you in the best possible shape that you can be in right now?’” she says. “And if they’re doing all they can, then I tell them they have to accept, appreciate and respect their bodies.”

But it’s not just ballerinas—of any race—who should consider Howard’s words of wisdom. Her advice applies to all women and girls.

According to mental health experts, once we accept our role in fostering an unhealthy mindset about our physical appearance and are honest about how we feel about ourselves, we can take the following steps to build and improve our self-esteem.

Understand the root reasons for how you feel about yourself. Write down any negative opinions you have about your body and how these thoughts make you feel. Think hard about events or people in your life that may have triggered these beliefs.

Adjust your relationship to food. Individuals often regard food as an enemy out to ruin their appearance. But in reality, the body uses food as fuel for energy, so learn which foods you can use to create tasty and nutritious meals that will enhance your health, not detract from it.

Think about how you see your body. Did you absorb these opinions from your parents? Are your beliefs about your appearance positive or negative? Consider how your feelings might have impacted your life. Separate what you know to be true from what you may have internalized from others as a result of their personal issues.

Surround yourself with positivity. Avoid relationships with people who judge you or others based on looks. Squelch any thoughts of this kind that pop up. Pay attention to an individual’s behavior and what he or she says and notice how he or she treats others.