Although 30 years have passed since researchers first isolated HIV, there’s still no safe, effective vaccine to stop the virus. But scientists are making progress.

Many people don’t understand why researchers haven’t yet developed a vaccine for HIV. But the fact is, the virus is a wily opponent adept at self-preservation. For starters, this complex pathogen encodes itself into cellular DNA. What’s more, HIV can quickly mutate to produce a variety of strains, or subtypes, that allow it to outwit any defenses the body’s immune system mounts against it. This is why the methods researchers used to produce the harmless but potent vaccines against viral diseases such as polio, measles, mumps and chicken pox haven’t resulted in an HIV vaccine.

“If you take a step back and take a look at the field of vaccinology, just in general, you realize that most of the vaccines that we have today are for diseases that sicken people who eventually get better,” explains Carl Dieffenbach, PhD, director of the AIDS division of the National Institute of Allergy and Infectious Diseases (NIAID), an agency that’s part of the National Institutes of Health (NIH).

“There are 70 million people in the world who have been infected withHIV,”Dieffenbach continues. “But there has never been a documented case of somebody getting anHIV infection and clearing that infection. The fundamental problem is that once you’re infected withHIV, you’re infected for life, because the virus becomes a part of you. It inserts itsDNA into your cells, and then it is permanently within your body, no matter what you do. That’s what we’re currently fighting against.” 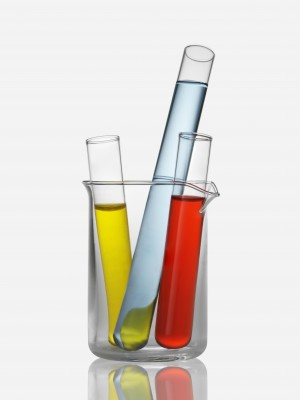 In general, scientists use a harmless, weakened or killed form of disease—causing virus or bacteria to develop vaccines. This prompts the immune system to generate antibodies, special proteins that work to defend the body against disease.

But researchers can’t use weakened HIV and inject it into the body, because the virus might mutate and cause illness. In addition, because of the virus’s ability to produce so many strains, using a killed or inactive version of one subtype of the virus wouldn’t be effective against other strains. Another challenge scientists face in creating an HIV vaccine is the ability of the virus to hide in places in the body from where it can strike without warning.

Today, scientists are using two major approaches—empirical and theoretical—in human studies to find an HIV vaccine. For the empirical approach, researchers observe the response of volunteers in a vaccine study to see whether they get “any degree of protection and then try and build upon and improve that,” explains Anthony Fauci, MD, NIAID’s director. “An example of that is the now well-known RV144 trial that was done in 16,000 participants in Thailand, which resulted in a very modest degree of efficacy to the tune of 31 percent.”

Findings from this study showed that the vaccine blocked HIV infection without reducing the viral load (the amount of HIV in the blood) in those infected with the virus. “The significance of this is that previously there had never been a statistically significant result from the testing of an HIV vaccine showing any level of protection,” Dieffenbach says.

Eventually, researchers noted a downside to RV144. The vaccine wasn’t potent enough, and its effects rapidly waned until it offered no further degree of protection against the virus. In addition, the vaccine targeted only HIV subtypes B and E, strains of the virus most commonly found in Thailand.

Scientists followed up their Thai trial results with a series of additional studies. One of them, HVTN 505, tested whether the vaccine regimen could reduce the viral load of people who were vaccinated but later developed the virus. In addition, researchers were able to gather more crucial information about the vaccine regimen’s safety and effectiveness.

But the results of this study were disappointing. Findings showed that this vaccine didn’t stop HIV infection or reduce viral load among those who were vaccinated and later contracted the virus. Consequently, researchers stopped this clinical trial.

Then, last year, the NIH launched another study, HVTN 100. The study’s design featured improvements to boost the vaccine’s strength and effectiveness in the long term to provide protection from HIV subtype C, the strain dominant in Southern Africa.

This November, researchers launched a trial named HVTN 702 to test a newer, improved version of the HVTN 100 vaccine regimen. The trial is being conducted in the African countries that are among those with the highest rate of HIV infection and ongoing transmission in the world.

According to the most recent statistics, from 2015, an estimated 7 million individuals living withHIV reside in South Africa. “So we’re going into the teeth of the epidemic to see if this vaccine could potentially blunt that ongoing epidemic,”Dieffenbach says. 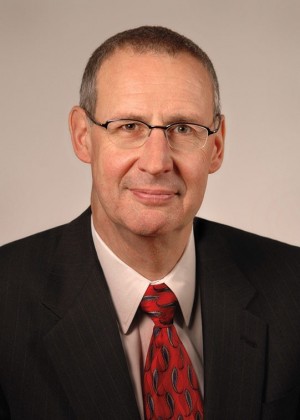 Additionally, the NIH is collaborating with several major pharmaceutical companies and a group of researchers from Beth Israel Deaconess Medical Center, a hospital affiliated with Harvard University, on a vaccine that has “shown pretty powerful activity in monkeys,” Dieffenbach explains. “We are still working out the kinks on [study] design, so it’s a little premature to talk about. But that’s just over the horizon. Our stated goal is to try to launch that in the third quarter of 2017.”

A group of researchers at Oregon Health & Science University tested another vaccine, this one based on a herpes virus. The vaccine didn’t prevent HIV infection, but it promoted the clearance of HIV infection in about 50 percent of the monkeys used in the study. Compared with the mechanism used in the RV144 study, this approach was slightly different, Dieffenbach says.

Another path to controlling the virus that scientists are exploring is the creation of a vaccine that would cause people to produce special antibodies, called broadly neutralizing antibodies (bNAbs), that could render many strains of HIV harmless, despite the ability of the virus to mutate rapidly.

These broadly neutralizing antibodies figure prominently in the theoretical approach to HIV vaccine development in human studies that Fauci describes. According to NIAID, this approach “involves establishing an understanding of the immune response to HIV infection and finding ways to generate and enhance that response through vaccination.”

Although bNAbs don’t eliminate the virus in those who have HIV, researchers have observed that about 25 percent of people with HIV naturally develop broadly neutralizing antibodies after months or years of infection. “These bNAbs have been shown in the laboratory to stop most HIV strains from infecting human cells,” NIAID notes.

Fauci says HVTN 702 is a continuation of the concept used in the Thailand trial. “To now proceed into a large efficacy trial in Southern Africa is going to hopefully confirm the results of RV144 and do better than 31 percent; that’s the critical issue,” he says. “We want to get to the point of 50 to 60 percent efficacy. Hopefully, we’ll get there, but we won’t know until we see the results of the trial.” (The NIH expects results from HVTN 702 in late 2020.)

Dieffenbach is guardedly optimistic. He says the HIV vaccine strategies currently in various stages of discovery and development could pan out in the next 10 to 15 years and fundamentally change how researchers tackle the HIV pandemic.

In addition, very early studies of broadly neutralizing antibodies created in a laboratory were shown to kill HIV, so scientists are eager to continue exploring this strategy. But the pressing issues for them are how to take these molecules and figure out what part of the virus can trigger their existence and how to design a vaccine based on their structure and the makeup of the virus.

“I’m not promising success,” Dieffenbach cautions. “I’m promising an answer to these questions.”

How vaccines could triumph over the virus

Currently, scientists are testing two main types of HIV vaccines: preventive and therapeutic. But Carl Dieffenbach, PhD, the director of the division of AIDS at the National Institute of Allergy and Infectious Diseases, doesn’t differentiate between the two. His goal as a researcher is to find a vaccine to stop people from acquiring the virus, period.

Still, the distinction between the two is that a preventive vaccine would stop HIV-negative individuals from developing the virus, while a therapeutic vaccine would help control the infection and delay the progression of the disease in those already living with HIV.

But to prevent initial infection, when would an HIV vaccine be administered? “In my mind, I think what we will do is continue to test vaccines in young adults. As we get a vaccine that is more and more effective, we will move into younger and younger populations,” Dieffenbach proposes. “Then, if we found something that really works, we’d get parents to vaccinate their children. Of course, this will require a further breakdown in how we deal with the stigma associated with HIV. That’s the kind of problem I’d like to have. But you don’t want to wait until somebody is sexually active, because at that point, it could be way too late.”

Dieffenbach says he doesn’t see an HIV vaccine being administered to very young children. “I think it would be more like an adolescent vaccine,” he explains.