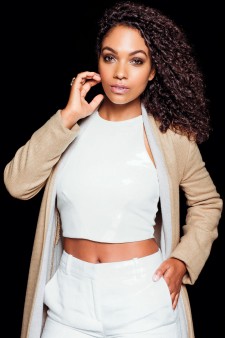 Is self-defense the missing element in the empowerment of women and girls?

For Lyndie Greenwood the notion that women are the weaker sex is not reflected in either her role as the tough, combat-trained, monster chaser Jenny Mills on the TV series Sleepy Hollow or in what she says is her “natural affinity for kung fu.” Greenwood trained in the martial art for almost 10 years and says it helped her prepare for the role as one of several warrior women in the series, which has developed a cult following among fans of action-packed supernatural thrillers.

As a teenager, Greenwood, who was born in Toronto, was intrigued by the lifestyle of an old boyfriend’s sister. “She studiedtai chi, and she was a jeweler who went all over the world to search for rare gems she used to makejewelry. I just thought she was the coolest person,” Greenwood says. “And because I thought she was so awesome, I wanted to follow in her footsteps and start training in martial arts. But I thoughttai chi might be a little slow for me, so I chosekung fu.” 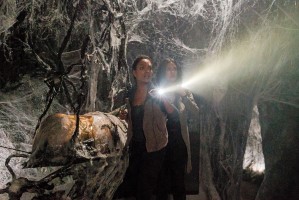 Greenwood adds that her former boyfriend also signed up to study kung fu. “But he didn’t really have an affinity for it,” she says. “I think he really got frustrated seeing me excel. He dropped out, but I kept going.”

Greenwood believes martial arts training gives women a sense of their body’s power and also instills confidence in those who learn and practice these fighting styles; others share her viewpoint. Indeed, many people who take self-defense classes report that practice drills in how to defend themselves when attacked can empower them to act if a dangerous situation arises. These safety courses offer women the kind of training that may save their lives or protect them against physical abuse or assault.

But the focus of most advice to women and girls concerns doing things to avoid being attacked. “Our country’s attention has mostly been focused on what happens before an assault takes place. The intent is to change women’s behavior, to reduce the chance of being attacked. This typically includes advice such as walk with a buddy, don’t drink or if you do don’t leave your drink unattended,” says Ellen Snortland, the author of Beauty Bites Beast and the producer of a same-name documentary.

Snortland, a trained lawyer, is an activist for the empowerment of women, girls and other at-risk groups. “If you play a little gender switch and give the same advice to males, it sounds patronizing, which it is when directed at females,” she says. “Why do we place the responsibility for not being raped on the target? We keep hiding the perpetrators by focusing on the people who are their targets.”

This year’s presidential campaign sparked a discussion of nationwide sexual abuse of women when the media placed a spotlight squarely on GOP nominee Donald Trump, who was heard bragging on a tape about his predatory actions.

“Yes, there are males who diminish women simply because they are women. These behaviors range from annoying all the way to dangerous and damaging,” Snortland says. “Trump’s behaviors resulted in a massive outpouring of women comparing notes on just how many of us have dealt with unwanted touch, groping, vulgar language and assault. We can no longer unsee just how pervasive this kind of abuse and harassment is and has been.”

Laura Ann Kamienski, a third-degree black belt in tae kwon do and author of the book Training Women In the Martial Arts: A Special Journey, created and taught a course called Empower at several major universities, women’s shelters and schools. She says, “Breaking down gender roles was extremely important in my courses, as well as recognizing emotional abuse.”

Kamienski contends that there’s “an alarming disconnect between what is being taught and the reality of assaults women and girls experience.” A report she wrote explores the main characteristics she believes women’s self-defense programs need to be effective.

A successful self-defense program for women should reflect the reality that the sexual violence females experience is most often committed against them by men they know and trust. “The reality that women are usually assaulted by a known assailant means that self-defense skills for women should primarily include learning skills to recognize and defend against assaults committed by a trusted friend, neighbor or intimate partner,” Kamienski stresses. She believes classes should account for the emotional and psychological dynamics of the typical relationships between acquaintances.

She adds, “Some martial artists teaching self-defense for women, even while acknowledging that assailants are typically not strangers, tend to ignore the relationships and emotional dynamics that exist between victim and perpetrator.”

A potent program for women should also support the idea that females have “value over and beyond that of an attacker,” Kamienski says. Therefore, self-defense programs for them should include “activities that promote and increase a woman’s self-esteem and worth.” This is particularly crucial in a male-dominated society.

At a very early age, little girls, unlike little boys, are discouraged from displaying anger and participating in the kind of aggressive play and behavior that would afford them opportunities to learn self-defense skills.

Snortland says dog breeders allow both male and female puppies to “growl, roll around, get dirty or fight back if attacked.” In nature, when most animals play, their interactions are very much like dress rehearsals for protecting themselves should they ever feel threatened. “I maintain that self-protection and the desire to be safe and set boundaries are universal and non-gendered. And by the way, getting their way all the time also damages the male puppies,” Snortland observes. “Aggressive male puppies are not born that way but trained that way.”

Kamienski also recommends that self-defense training for females build on women’s existing capabilities to negotiate, resist and fight back against male violence. Some methods women employ to safely extricate themselves from threatening situations don’t necessarily involve using physical force to escape unharmed. Self-defense training should acknowledge and elaborate on the strategies women already naturally use, she stresses. In addition, these programs should provide a caring community of encouragement that helps restore and build women and girls’ self-esteem and confidence.

“We need multifaceted thinking—all the approaches—that addresses changing male behavior and knowing what to do with the creep who didn’t get the ‘don’t grope or rape women’ memo, as well as aftercare,” Snortland says.

A popular TV series, Sleepy Hollow is one of many entries in a cavalcade of contemporary television shows, children’s programs and films that feature strong, independent women who can protect themselves—and often even protect the male heroes. 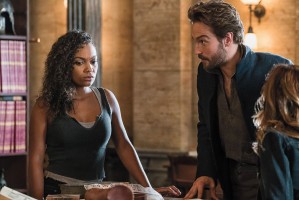 “Jenny Mills is powerful in the sense that she’s a survivor,” Greenwood says. “She’s been on her own for a long time and had to

find strength within herself to survive day to day. She’s extremely intelligent and found a place for herself in the world by looking for rare artifacts and having a purpose in life and pursuing that through all the difficulty that’s thrown her way. Plus, she’s physically and mentally strong.”

For Greenwood, physical and mental strength are what keep her sane. “I love to run, and I love to work out. And when I do run, I leave all my technology at home,” she says. “I think doing something that makes you feel powerful, such as physical activity, and then simultaneously not connecting with the world of social media is a nice break; it gives me a lot of strength.”

Snortland believes the idea that women and girls are mentally and physically strong has suffered from an imbalance when compared to these attributes in men. “Power has been out of balance for so long, we begin to think that certain characteristics are cemented [as components of gender],” she says. “Men aren’t inherently violent, nor are women inherently weak and helpless.”

Certainly, neither Greenwood nor Jenny Mills fits that description. “I consider myself a strong woman,” she says. “I’ve had hardships, and I’m grateful for that, because it’s created a drive within me to keep going.”