A recent study found that obese boys had 40 to 50 percent less testosterone than lean boys. Is that alarming?

Testosterone is the hormone associated with maleness. Low levels are linked with a number of physiological effects in both young boys and men. If boys don’t produce enough testosterone, their puberty and masculine development may be delayed. (In adult men, low testosterone—or low T—may lead to diminished sexual function and desire, infertility, erectile dysfunction, hair loss, reduced muscle mass and decreased bone density.)

But some doctors think the findings regarding low T among young obese boys can trigger undue alarm and push parents into drastic measures. “As long as children are growing normally and they’re otherwise healthy and have no other signs of gonadal deficiency, testicular failure or things of that nature, I don’t see the clinical relevance [of this study],” says Richard Atkinson, MD, an endocrinologist, who is also a professor of medicine and nutritional sciences at the University of Wisconsin. “I don’t think a parent would either need or want to allow their teenager to get testosterone replacement.”

But parents should also know that some boys with low T before or during puberty might not mature sexually and physically in a normal way. They may fail to develop muscle mass, their voices might not deepen and body hair may fail to sprout. In addition, they could develop enlarged breasts, and the growth of their penis and testes could be stunted.

If these kinds of problems occur, then perhaps the child’s testosterone level should be checked, suggests Atkinson. The study findings, he says, simply “suggests that the kids who are obese need to be watched.” 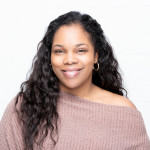