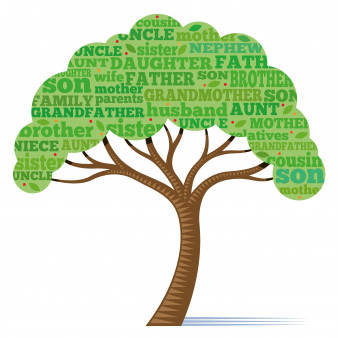 Knowing your family’s history of disease can help you determine whether to get genetic tests for hereditary conditions.

When my mother died of congestive heart failure, she had already begun to show signs of dementia. As I watched helplessly, this strong, vibrant woman slipped into a stony silence broken only by monosyllabic responses to my questions, which she delivered in a flat, lifeless raspy voice that sounded nothing like her.

The days of sharing funny mother- daughter chats about life and engaging in lively debates about happenings in the world were gone. Where once she’d seemed alive and interested in everything around her, now she stared straight ahead, hardly blinking. She no longer responded to any stimulation other than the cotton balls saturated in rosewater and glycerin that I stroked on her face each morning.

She’d close her eyes and take a deep breath to inhale the sweet fragrance of the facial toner. Her lips would curve into a tentative smile that was followed by a soft sigh of happiness. Those special moments when she looked like the mother I had always known were all too brief. Soon, the vacant stare would return and she’d be transformed once again into a stranger.

Years later, as the early symptoms of arthritis robbed my knees of elasticity and stole the bounce from my steps, I wondered about my own health. Would I be able to escape the illnesses lurking in my family’s genes? For answers, I turned to the internet.

According to my research, if a strong family history puts you at a higher risk for particular genetic mutations, the likelihood that you’ll develop related illnesses is significant. But biology doesn’t also destine us to acquire certain diseases. The level of risk depends on specific types of gene mutations and whether the environment or behavior factors into a particular disease’s development.

My research also helped to put heredity into perspective. Instead of looking at illnesses that run in our families as foregone conclusions that will inevitably strike us down, why not think of our family’s medical history as an opportunity to become proactive about our health?

Use the information to calculate your risk for certain diseases and get screened and begin treatment early as part of a personal prevention program.

In addition, knowing your family’s history of disease can help you determine whether to get genetic tests for hereditary conditions and learn whether you might pass on an illness to your kids.

I think this is a much better way to approach the issue of biological risk.

Black History Month 2022 Amplifies the Importance of Health and Wellness