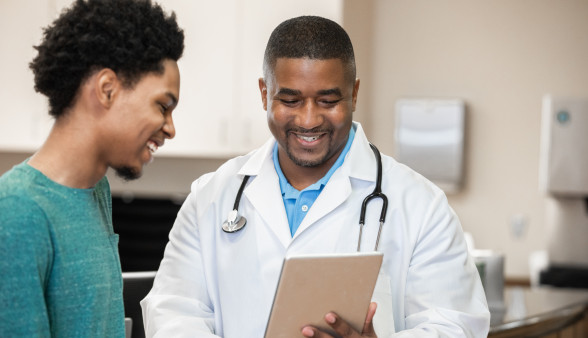 Black History Month 2022 Amplifies the Importance of Health and Wellness

“When white folks catch a cold, Black folks get pneumonia.”

The theme of Black History Month 2022 is African-American health and wellness, which “considers activities, rituals and initiatives that Black communities have done to be well,” according to the Association for the Study of African American Life and History (ASALH), the group that helped found Black History Month.

The theme is particularly timely because African Americans have been disproportionately affected by the COVID-19 pandemic despite President Joe Biden’s efforts to vaccinate Americans and the fact that Black Americans more quickly overcame their vaccine hesitancy compared with their white counterparts.

Throughout our nation’s history, Black Americans have had to establish their own hospitals, clinics and grassroots health societies to counter discrimination and health disparities in mainstream institutes, explains ASALH.org, which adds, “These disparities and anti-Blackness led to communities developing phrases such as ‘When white folks catch a cold, Black folks get pneumonia.’”

The theme of Black Health and Wellness also addresses the long history of how African Americans have dealt with their exclusion from the nation’s hospitals and clinics. African Americans have had to establish their own hospitals, clinics, medical and nursing schools in cities such as Charleston, Chicago, Dallas, Nashville, St. Louis, and Washington, D.C. This theme also shows how some of the nation’s most important medical and scientific innovations were developed because African Americans in slavery and freedom were used literally as guinea pigs to help to develop the field of gynecology (e.g., the inhumane research of J. Marion Sims), to research cancer and polio (the cells of Henrietta Lacks) and the spread of syphilis (the Tuskegee study).

But all has not been all negative. African Americans have contributed many medical and scientific innovations to the nation’s health and wellness. For example, in 1721 during a smallpox outbreak in Boston, Onesimus, an enslaved African, taught his master the method of inoculation. In 1893, Dr. Daniel Hale Williams, a surgeon at Chicago’s Provident Hospital, performed the first successful open-heart surgery. During World War Two, Dr. Charles Drew developed the method for preserving blood plasma that has saved millions of lives. Most recently, Dr. Kizzmekia Corbett led the team of scientists that developed the vaccine to immunize Americans against COVID-19.

For Black History Month, ASALH has organized a virtual festival that includes a series of book talks and conversations, including “What You Don’t Know About Slavery: Health and Wellness,” “An African American Philosophy of Medicine,” “Black Bodies Part II: Race Norming in the NFL” and “Black Health and Wellness in the Eye of the Storm.”

You can read about previous Black History Month themes—including the original 1928 theme, “Civilization: A World Achievement”; the 1929 theme, “Possibility of Putting Negro History in the Curriculum”; and the 1930 theme “Significant Achievements of the Negro”—on ASALH.org.

Themes of the past 10 years were:

For an A-to-Z list of need-to-know health facts for the African-American community, see the Real Heath Basics, which includes topics such as Asthma, Diabetes, Hepatitis, HIV/AIDS, Mental Health, Sickle-Cell Anemia and Uterine Fibroids. Real Health also offers a collection of health tips and slideshows; sample topics include “5 Tips for a Successful Telemedicine Visit,” “7 Tips to Help Kids Benefit From Gaming,” “What You Need to Know About Irritable Bowel Syndrome” and “13 Mental Health Myths Debunked.”