Not in the Mood?

These types of meds can kill your sex life.

What are the chances that the pill you, or your partner, just popped will also slay your sexual pleasure? Well, according to sexual health resources, prescription drugs can cause sexual dysfunction in men and women.

Sexual dysfunction generally falls into four areas: desire, arousal, orgasm and pain disorders. A problem in any of these categories can put the kibosh on a night of intimacy for couples and throw cold water on even the most passionate romance.

Often, when couples experience sexual dysfunction in their relationship, they stop short of checking each other’s medicine cabinets for the culprit. But before running to the therapist or doctor to undergo tests that might lead to more prescriptions that could possibly finish off the flickering flames of love and desire, take a look at the following list of major drug classes that can totally annihilate your sex life.

Among the passion-killers are drugs used to treat high cholesterol (statins and fibrates), blood pressure and depression. Also on the list are antipsychotics for schizophrenia, bipolar disorder and other major psychiatric conditions; anticon-vulsants for seizures in people with epilepsy; meds to treat certain kinds of chronic pain, such as migraines and nerve problems; tranquilizers (a.k.a. benzodiazepines) used to treat anxiety, insomnia, agitation, muscle spasms and seizures; and H2 blockers for gastrointestinal disorders such as gastric and peptic ulcers, erosive esophagitis and gastroesophageal reflux disease (GERD).

What’s more, even certain over-the-counter medications, such as antihistamines and decongestants, can cause erectile dysfunction or problems with ejaculation.

Oh yes, one more thing: When you fill a prescription, get into the habit of asking the pharmacist if the med you’re getting might just also cause sexual dysfunction. 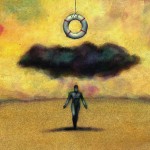 Haloperidol Not the Best Treatment for Agitation in Health Care Settings 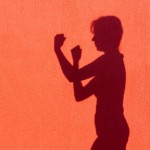 What’s the Best Way to Treat Agitation in People With Bipolar Disorder and Schizophrenia?