Until she was diagnosed with depression just 10 years ago, Michelle Williams couldn’t put a name to what she was feeling.

Entertainer Michelle Williams, a former member of Destiny’s Child, lives with recurrent depression, which she has learned to manage through therapy. In 2017, Williams shared her struggles with the mental health condition on the national TV show The Talk, admitting that at the pinnacle of her successful career with the group, she was beset by suicidal thoughts.

In 2017, according to the National Institute of Mental Health, an estimated 17.3 million adults in the United States experienced at least one major depressive episode. This common disorder is more prevalent among women compared with men.

More than just feeling blue or down for a few days, depression is a real illness that can be chronic and affect a person’s day-to-day life.

“I want to normalize this mental health discussion,” says the singer. To that end, Williams has continued to tirelessly advocate for education and awareness about depression and getting treatment for the condition. She first went public about having the mental health disorder in 2013.

Will you tell us a little bit about your experiences with depression?

My experience with depression started in my early teens, but it wasn’t until my 30s that I knew what to call it. I thought it was growing pains. I thought that was simply how it felt to be a girl growing into a woman. I also experienced depression for a period of time in college and then again while in Destiny’s Child.

What I’ve found especially hard is trying to share my feelings with people who haven’t dealt with depression. I’ve had people tell me, “You have all these great things in your life—you can’t possibly be depressed.” They think that being depressed means I’m not grateful or thankful. But that’s not what’s going on. I can be thankful for the sun that’s shining but still feel sad. 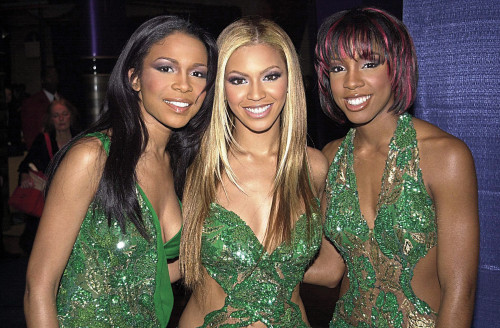 For me, depression felt like a slow crumble, a slow melt. I felt sad and deeply tired, and I could sleep through an entire week. I also felt a sense of hopelessness, of wanting to give up everything. When I was depressed, I had no interest in the things that usually brought me joy and energy. It felt like I was simply going through the motions of my life without really being there. And during those times, if I had to cancel performances or fall behind deadlines, I didn’t feel bad about it.

Now, when I recognize that I’m starting to feel this way, I try to do exercises or other activities to stop me from melting completely. If I melt completely, I find it much harder to get back to my normal self.

When did you realize you needed treatment?

For many years, I didn’t think treatment was for someone like me. I thought it was for people who had lived through very difficult experiences, like abuse, or who had more extreme symptoms than me. It wasn’t until I was in my 20s and a friend talked about her own therapy that I realized therapy could be right for people in many different situations.

When I finally sought help, I was so happy with my therapist that I recommended her to everyone around me! It helped me figure stuff out about myself and my actions. And it helped me unlearn the less healthy behaviors I had been doing for 20 years.

How do you manage your symptoms now?

One of the biggest things that works for me is setting boundaries. I’m aware when people around me start talking about something that I can’t help with because I am worried about taking on someone else’s problems. I try to set boundaries with those conversations.

I’ve also found that it’s important to tell yourself once or twice a week that you love yourself. You need to figure out what tells you that you love yourself—things you neglect when you’re feeling depressed. It could be going outside, going on the bike path, looking at flowers or even enjoying a milkshake. I’ve found that working out regularly does wonders too.

Do you still have low days, and what do you do on those days to care for yourself?

Depression can make me want to sleep through the entire day or even the week. So if I recognize that it could be a low day, I do my best to get up, make my bed and tell myself, “No, that’s not what we’re doing today.” I don’t have any magical solutions. I just remind myself that I’ve been doing well and that I’ve come too far to let a low day get everything off track. 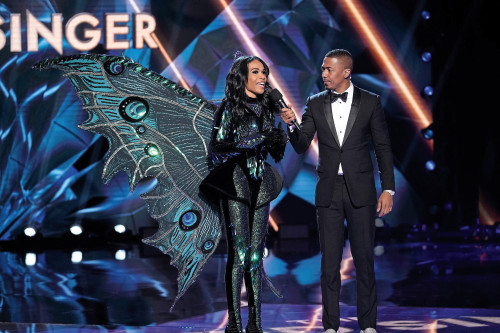 What role do you think our mental health plays in our overall health?

Our minds and emotions control everything. Our brains are telling our bodies how to function. It’s all coming from our heads and our minds.

Do you have advice for women who may be too embarrassed to get help?

Try to put everything you were taught that’s making you hesitate aside. Getting help and opening up can help you to see so much great stuff about your life. I have friends who didn’t always have the most emotionally healthy lives, but you can tell they’ve been able to create a positive environment where their kids can grow up healthy.

It’s important for women to be aware that some people enjoy dysfunction or don’t even realize they’re living in dysfunction. People might have unresolved issues that are affecting their relationships with you, even if those issues have nothing to do with you. You have to take care of yourself, and you have to do it for you.

What do you want women who are living with depression or other mental health conditions to know?

Don’t be like me and think the worst about having depression. We shouldn’t think about mental health conditions as though they are worse to have than other ailments. We need to normalize the topic so women are comfortable getting help for depression just as they would get help if they had the flu or diabetes. You’ve got to get help.

There are also things you can do to care for yourself in your daily life. Speak positively to yourself before the end of each day. God doesn’t speak negatively about anyone, so why do we say those things about ourselves or others?

I’ve also found keeping a vision board to be therapeutic. It helps me consider what I have, what I want, the goals I know I can attain and the goals I think I can’t attain. Traveling was something I wanted but never allowed myself to do in the past; by putting it on the board, I’m reminded of the achievement now that I have traveled.

What can women do to help fight the stigma associated with mental health conditions?

Talk about it. Normalize it as we’ve normalized talking about body-shaping underwear and PMS. I have a friend who asks, “How is your head, and how is your heart?” This gives people a chance to really think about how they’re doing. People may open up, and it’s important to let them. We need to create the space for people to talk about how they’re really feeling.

Editor’s note: This interview was made possible by the Office on Women’s Health. If you or someone you know are experiencing suicidal thoughts, call 911 or the National Suicide Prevention Hotline at 800-273-8255, or visit SuicidePreventionLifeline.org. If depression is getting in the way of your daily life or the life of someone close to you, you can find help at FindTreatment.samhsa.gov.

Know What Ails You

Beyond feeling blah and out of sorts, many different emotions can characterize depression. In addition, Black women may express this common mental health disorder differently than women from other population groups, according to the Black Women’s Health Imperative (BWHI).

For example, findings from a survey conducted by the Department of Health and Human Services Office of Minority Health showed that while nearly 10% of Black women reported feeling that everything was an effort, less than 6% of their white counterparts expressed the same outlook. In addition, double the percentage of Black women compared with white women said they felt sad and hopeless.

Depression varies from person to person, and symptoms differ between men and women and between youngsters and older adults. But the more symptoms someone experiences, the stronger these signs are and the longer they last, the likelier it is that the depression is severe enough to interfere with that person’s ability to think, feel and function effectively.

Some of the most common symptoms of depression include the following:

The key takeaway, however, is that depression is treatable. “Seeking treatment is not a sign of weakness,” advises BWHI. “Saying ‘I need help’—and then actually getting that help—shows just how strong you really are.”