Talk show host Montel Williams is involved in upscale medical marijuana cooperative Abatin Wellness Center’s efforts to get a license for a medical marijuana dispensary in Washington, DC, The Washington Post reports. Williams—who has multiple sclerosis and whose symptoms are sometimes treated with medical marijuana—has previously acted as a spokesman for Abatin’s Sacramento dispensary. Sources say that Williams is more than a media representative with an active role in the group’s management. 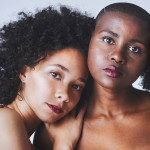