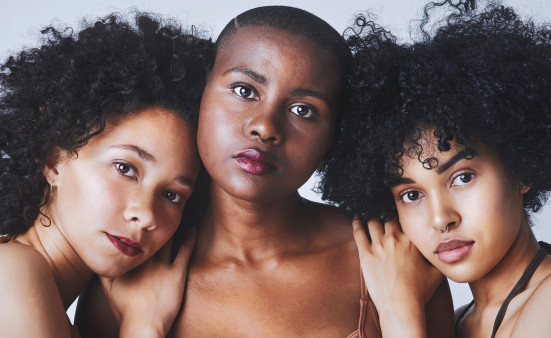 If Black women don’t have access to this prevention method, it will be difficult to stop new HIV infections.

Imagine there were a magical little blue pill that HIV-negative people could take every day to protect them against HIV. Now think about how big an impact this tiny wonder could have if those who needed it most in Black America, especially women, could get their hands on it.

Guess what. Such a drug already exists.

In 2012, the Food and Drug Administration (FDA) approved Truvada, the oral antiretroviral medication, as pre-exposure prophylaxis (PrEP), to prevent HIV. Studies have shown that among women, using Truvada daily reduces the risk of HIV via sexual intercourse by more than 90 percent. Thanks to this biomedical intervention, new infections around the country have decreased.

Exciting news, right? Well, when you lean in and look a little closer at who’s benefiting from PrEP and who’s being left behind, the news isn’t quite so encouraging.

“We’ve seen such a huge push for PrEP on gay men, especially white gay men, but Black women? Not so much. And it makes me so mad because I’m the one sitting in the room when they’re being diagnosed thinking to myself, This could have been prevented,” says Gina Brown, the community engagement manager for the Southern AIDS Coalition, who does PrEP outreach in New Orleans and is living with HIV.

“Folks keep talking about getting to ‘zero new HIV infections,’ but how’s that going to happen if we keep ignoring Black women?”

According to the Centers for Disease Control and Prevention (CDC), in 2016, among all women who received an HIV diagnosis in the United States, 60 percent were Black. In addition, Black women are 20 times more likely to contract HIV than white women. Just a few years ago, in 2014, Black women living with the virus had a higher death rate than women of all other races and ethnicities.

Translation: Among women, African-American females bear the brunt of the HIV epidemic.

But if we already know this to be true, why aren’t more Black women, especially those living in the South—the hotbed of new HIV infections—taking PrEP in droves?

Well, you can’t take what you don’t know exists.

According to a recent CDC investigation, out of 258,080 heterosexually active adults who could potentially benefit from PrEP, 68 percent (176,670) were women. However, separate data from Emory University in Atlanta found that out of 61,298 active PrEP prescriptions, men were 10 times more likely to be the recipients than women. Researchers also concluded that men were four times more likely than women to get a PrEP prescription when needed. In 2017 alone, only 2,695 women in the U.S. had active PrEP prescriptions, compared with 58,603 men.

That’s pretty disheartening—but all is not lost.

Anar Patel, MD, a physician who worked as a researcher on the Emory study, says findings from one study she conducted showed that once women were told about PrEP and understood how it worked and its potential side effects, the majority of those who were eligible for the prevention pill said they were willing to take the medication as long as it was safe and effective.

“They really liked the idea of having more control over their prevention methods, especially since more than half of the respondents said they didn’t trust their sexual partners. Others also admitted to not even knowing if their partner had HIV,” she says.

“This is also why we have to educate women on their own HIV risk. Too many are unaware of their vulnerabilities and therefore won’t really be open with their health care providers about their need for PrEP,” she adds.

But why don’t need, awareness and willingness translate into equal access when it comes to PrEP?

The reason may have something to do with the priority given to addressing HIV risk among men who have sex with men (MSM) since PrEP first secured FDA approval. Indeed, this focus makes sense since MSM account for roughly 67 percent of new HIV diagnoses nationally each year. But LaQuandra Nesbitt, MD, MPH, the director of Washington, DC’s department of health (DC Health), adds that for far too long the faulty notions that women don’t want PrEP or that it may not work for them have prevailed.

“We let our community know that PrEP is for anyone at risk for HIV. We needed Black women—the second most affected group to be diagnosed with HIV in DC—to know that not only is it appropriate for them, but it’s effective too,” Nesbitt stresses.

Surprisingly, in spite of medical mistrust and other concerns, the community responded positively to the campaign—especially in initial focus groups—despite expressing anger that no one had told them about PrEP before.

“Honestly, they were pissed—excuse my language,” she says. “They didn’t understand how if PrEP had been around for years, why this was the first time they were hearing about it.”

“We know PrEP works; we know that the drug is expensive but you can get it at little or no cost at Planned Parenthood and other community clinics,” she says. “There is no legitimate reason why Black women continue to get left behind on this issue.”

Clearly, doctors must also do their part to help educate African-American women about PrEP. But many medical professionals—especially ob-gyns and providers at women’s clinics in the South—don’t know enough about PrEP themselves to prescribe it to their clients. Or they may not fully understand the tests associated with monitoring its use. So awareness efforts must target potential eligible patients as well as providers.

“See, for Black women, getting PrEP isn’t the problem. The problem is getting a prescription,” says Blount.

“We don’t have enough primary care providers who prescribe PrEP to women, and, to be honest, that’s about sexism,” she continues. “Although HIV is an equal opportunity infection, providers still focus more on MSM and just don’t think about women.”

Patel adds that even when health care workers are aware of PrEP, many of these professionals may not assess women’s risk factors accurately enough to prescribe the medication.

“The existing CDC guidelines may not be specific enough to target those at risk,” Patel says. “They don’t take into consideration other factors linked to HIV transmission, such as local HIV prevalence, history of partner or sexual violence, or transactional sex (exchanging sex for drugs, money, housing or other commodities).”

Blount notes another reason women are falling through the cracks: stigma.

“I saw a study that found that medical students were less likely to prescribe PrEP to women and people of color because they didn’t think they would adhere to it or would engage in risky sexual behavior,” she says. “So people who need it aren’t getting it. Right there, we’re talking about bias and shame.”

Brown agrees. “Some providers associate PrEP use with being promiscuous or being a sex worker, so they don’t want to offend anyone by bringing up PrEP,” she explains. “And then sometimes, the patient doesn’t want to bring it up out of fear of being judged or asked, ‘Why do you need PrEP?’”

She adds that if individuals are  truly serious about ensuring that Black women are a vital part of the discussion about PrEP, folks must let go of these outdated hang-ups and start having the tough conversations with their providers, patients and partners.

“I know taking a pill every day is not ideal, but if you can take a birth control pill or a vitamin every day, why not PrEP?” asks Brown. “It’s just one tool in our box to help bring us closer to ending this epidemic.”

Brown sums it all up like this: “As someone who’s been living with HIV for 24 years, I know had PrEP been offered to me, I definitely would have taken it.”

When you’re an HIV-negative woman in a relationship with an HIV-positive man (meaning you are a serodiscordant couple) and you have dreams of having a baby together, can you conceive safely?

The answer is simple: Absolutely.

Women who take PrEP can drastically reduce their risk of contracting HIV as well as that of their baby. Here’s what you need to know:

Each serodiscordant couple is different, so it’s crucial that individuals schedule a consultation to get prescribed, tailored treatment that fits their particular medical needs.

If a man with HIV has an undetectable viral load, which means the amount of virus in his blood is so low that he cannot transmit the virus, a woman does not have to use PrEP. But that’s a personal decision the couple and the doctor must make together.

Having condomless sex while on PrEP is one way to conceive. A common method is to undergo artificial insemination either at a clinic or at home.

Studies have shown that PrEP is relatively safe among pregnant women, but there aren’t any data showing its long-term effects on children. We do know, however, that the drug doesn’t increase the risk of birth defects.

PrEP is effective, but it doesn’t come with a 100 percent guarantee against HIV, and it doesn’t protect against other sexually transmitted infections. PrEP is only one tool women have if they want to start a family with a man living with HIV.