In the past, the notion of altering our God-given ethnic features was considered an affront to our blackness. But times are a changin’.

When Heidi Mathurin, 27, an African-American administrative assistant in a plastic surgeon’s office, decided to undergo rhinoplasty (nose reshaping) in December 2009, her self-esteem was not on the operating table. “I admit that I was worried about what people would think. But I saw firsthand that it was possible to have the procedure and still look like me,” she says.

Overall, the American Society of Plastic Surgeons reported a 166 percent increase in the number of African Americans who underwent any kind of plastic surgery between 2000 and 2009. Suffice it to say, the taboo of going under the knife—or the needle—is fading as fast as the wrinkles from Joan Rivers’s 100th nip and tuck (OK so we’re exaggerating).

“Compared to 10 years ago, African Americans boast a more progressive standard of living,” says Samieh Rizk, MD, director of Manhattan Facial Plastic Surgery. About 90 percent of his black patients request rhinoplasty, he says. In response to the demand, he’s designed specific implants and surgical graphs for African-American patients that maintain the ethnic integrity of the nose while achieving a desirable, natural-looking result.

“The days of having a cookie-cutter, Michael Jackson-like nose job are over,” says Emily Pollard, MD, FACS, solo practitioner and chief of plastic surgery at Lankenau Hospital in Philadelphia. “Both African Americans and surgeons now recognize that surgery should balance the face and enhance ethnic beauty, rather than make you look like someone you’re not.”

Although we can have both surgical refinement and racial authenticity, potential wrinkles may still lurk beneath the surface.

“Blackness is not identified by our physical features alone,” says T. Joel Wade, PhD, chair of the department of psychology at Bucknell University in Lewisburg, Pennsylvania. “Making structural tweaks to your appearance won’t help you resolve issues of identity or Afrocentricity—it doesn’t change who you are.”

What’s more, altering your appearance may cause self-image confusion if you’re not secure in who you are beforehand. “Have realistic expectations and intentions going in,” Wade suggests.

“People ask if I’ve done something ‘different,’” Mathurin says. “When I tell them I had a nose job, they say they’ve thought about doing it, too, that mine looks so natural. I don’t regret doing it for a second.” And, honestly, why should she? 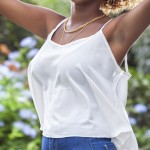 Jury Still Out on Long-Term Safety of Silicone Breast Implants 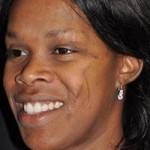 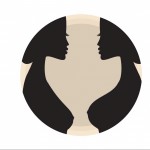