What We Have Here Is a Failure to Communicate

Is it common practice for your doctor’s office not to contact you with exam results after you’ve had lab work don or taken screening tests? Seems so, according to a recent study published in Archives of Internal Medicine. And, since this is an editorial, include my two cents: The medical assistants at my gynecologist’s office routinely don’t call me with my lab test results.

Anyway, back to the study. Researchers reviewed the medical records of more than 5,000 randomly selected primary practice care patients, ages 50 to 69, from 23 medical offices.

Scientists found that out of almost 2,000 abnormal test results, there had been 135 instances where physicians had failed to inform the patient or document that the patient was notified.

The study’s lead author suggested that patients who don’t get a follow-up phone call about test results from their doctor should not automatically think no news is good news. Busy doctors’ offices are a breeding ground of errors, researchers said. And sometimes patients don’t get their test results because the findings went astray and docs may not have seen them.

And then the study got personal. People on the research team said they had experienced a doctor’s failure to communicate.

Diagnostic errors are the most frequent cause of malpractice claims in the United States. So, when doctors don’t communicate with their patients, mistakes like these can go unnoticed and lead to lethal results, researchers said.

In addition, what’s even more alarming is that doctors’ offices often don’t have procedures in place to ensure physicians review and respond to their patients’ lab results. Even electronic recordkeeping won’t eliminate mishaps if there’s no process in place to inform patients, scientists said.

After I heard about this study, I thought about all the Pap smears I’d had at my gynecologist’s office. And all the follow-up phone calls I’d never gotten about my test results.

I also remembered the many times I’d felt disconcerted and ill at ease after completing a test and several months passed with no word from the doctor. And it wasn’t only when I’d had an annual Pap smear.

On several occasions, I’d gone to my gynecologist to check on various problems I was experiencing. She’d run some tests, and sure enough, when I went to the desk to pay for the visit, the medical assistant would say I’d only get a call if they found a problem.

Those words never failed to chill me. I’d wonder if it was just a way to save money. But then I’d think, Just how much does a crummy phone call cost these days?

But, guess what? If you ask for your test results, your doctor must cough them up. Plain and simple, it’s the law.

Now I know what to do after getting tested or screened. I want to know what’s going on with my health—regardless of whether the news is bad or good. 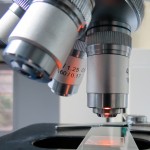