When I heard about a pregnant Chinese woman who’d been snatched off the streets by family planning officials and forced to abort her unborn child, the news chilled me. Then, there’s the story about pregnant women in Nairobi who were detained because they were unable to pay for maternity care. What these and similar horror stories from distant parts of the world have in common is one thing: They all concern women’s reproductive rights.

Such rights involve a woman’s right to control her own body, especially as it affects her right to choose whether or not to bear children and to determine how they will be raised and nurtured should she decide to have them. In 1968, the United Nations held an international conference on human rights. During that conference, the perception of women’s reproductive rights as human rights gained ground.

Today, global progress in achieving acceptance of this perception remains slow. In addition, advocates for women’s rights are alarmed about a “war on women’s reproductive rights” that’s being waged right here in the United States. These advocates cite the more than 400 bills attacking women’s reproductive rights that have, reportedly, been introduced in national and state legislatures since January 2010.

At the recent AIDS 2012 conference in Washington, DC, sponsored by the International AIDS Society, one of the speakers at a session themed “Turning the Tide for Women and Girls” focused on the persistently high rates of HIV among adolescent girls across the world. The speaker, Geeta Rao Gupta, the deputy executive director of UNICEF, discussed many of the harmful practices that infringe on women’s reproductive and human rights.

According to Gupta, pervasive social norms and harmful practices perpetuate gender inequality and put girls at risk of HIV. These practices include child marriage, transactional sex and sexual violence.

In a recent summer conference—this one in Rio de Janeiro titled “The United Nations Conference on Sustainable Development”—advocates fought to link women’s rights, gender equality and the goal of creating a safer, more equitable, cleaner, greener and prosperous world for all.

There, once again, political factions organized against women’s rights. These factions refused to allow language in the conference declaration to say that women and girls must be ensured equal access to education, basic services, economic opportunities and health care services.

Is there really a war being waged against women? Well, judging by the barrage of current attacks on women’s reproductive and human rights, many believe so.

Still, there is good news. Many people also recognize that global problems such as poverty and economic growth won’t be resolved until women’s rights are satisfactorily addressed and advocates are committed to doing just that. 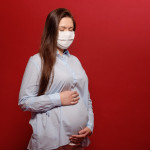