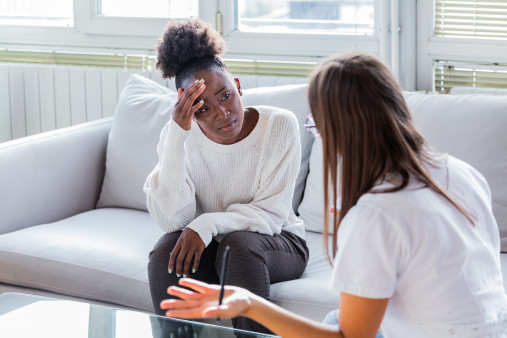 Treatment is not usually recommended for women with fibroids who lack symptoms. But for those who do, a number of choices are available.

Most doctors suggest that women with uterine fibroids (also known as leiomyomas or myomas) get regular checkups to monitor any changes to these noncancerous growths. For those who experience severe symptoms, however, treatment options range from medication to surgery. Consulting with your physician is the best way to decide which might be the most appropriate and effective approach for you. Your doctor can check on fibroid growth via yearly pelvic exams and offer guidance about factors to consider, such as the type and severity of the symptoms you’re experiencing.

However, it’s also important to remember that no one treatment is best for every woman. Each woman is different, and uterine fibroids affect individuals in different ways. Still, standard therapies can help many women find relief from many of the symptoms fibroids cause and may possibly eliminate the problem entirely.

Women who experience heavy bleeding and prefer not to get a hysterectomy may be prescribed drugs to help clot the blood and decrease its flow. If periods are painful because of fibroids, women might be advised to use over-the-counter painkillers, such as acetaminophen or ibuprofen. Often, iron supplements are also recommended to prevent anemia from excess blood loss.

Birth control drugs may also be utilized to help alleviate fibroid symptoms. Low-dose birth control pills can control heavy bleeding but do not stop fibroid growth. To address this problem, doctors frequently recommend medications known as GnRH agonists, which can shrink fibroids by reducing the production of progesterone and estrogen. However, once the drugs are stopped, fibroids grow back.

Doctors may also use contraceptive shots containing the hormone progestin or an IUD (intrauterine device) with a progesterone-like medication to control heavy bleeding from fibroids.

High-intensity focused ultrasound (HIFU), a noninvasive procedure that uses sonic energy to heat and destroy tissue, is recommended for the treatment of fibroids in women who want to preserve their uterus. Findings show that HIFU is safe and effective. But the method is still being studied and refined, especially in comparison to other ultrasound techniques currently in use to relieve fibroid symptoms.

When a woman is experiencing severe symptoms, surgery may be the only way to eliminate fibroids. The type of surgery depends on fibroid location and the number of fibroids, whether a woman intends to have children, the impact the procedure might have on a woman’s everyday life and how close to menopause a woman is.

Minor surgical treatments include endometrial ablation, uterine artery embolization (UAE) or uterine fibroid embolization (UFE). These methods are used to treat fibroids in women who do not ever want kids, or who already have children and don’t wish to have any more.

Endometrial ablation is a procedure that controls heavy bleeding by removing or destroying the lining of the uterus via a laser, boiling water, electric current, microwaves, freezing or some other method. UAE/UFE blocks blood supply to fibroids—effectively shrinking them—with the injection of tiny particles of plastic or gel into tubes placed in blood vessels. Some findings suggest that fibroids are unlikely to grow back after this procedure, but more research is needed to confirm this.

Abdominal myomectomy is used to remove tumors from the outer surface of the uterus and requires four to six weeks of recovery time. Laparoscopic myomectomy removes fibroids through a small incision below the abdomen and usually requires two to seven days of recovery.

Hysteroscopic myomectomy removes fibroids found on the inside of the uterus. Patients are usually sent home the day of surgery after close monitoring.

These surgeries carry the same risks inherent in any surgery: excessive bleeding, scarring and adhesions.

In a category all its own, hysterectomy is major surgical procedure that involves the removal of the uterus. The operation stops excessive bleeding, relieves pelvic pressure and prevents new growths from occurring. In addition, if a woman’s ovaries look abnormal, they may be removed to decrease the likelihood she may develop ovarian cancer in the future.

The best approach is determined in consultation with a physician.

Radiofrequency ablation is a minimally invasive procedure that uses heat to shrink fibroids individually so that healthy tissue is protected and the uterus and ovaries are preserved. The treatment doesn’t require a hospital stay. Typically, patients can go home a few hours after the procedure. After a few days, individuals can resume work and engage in light activities. A full recovery is usually realized within two weeks.

Not yet a standard option offered by doctors, the treatment may not be covered by health insurance and is best suited to women with smaller fibroids who have not undergone complicated past surgeries for the condition.