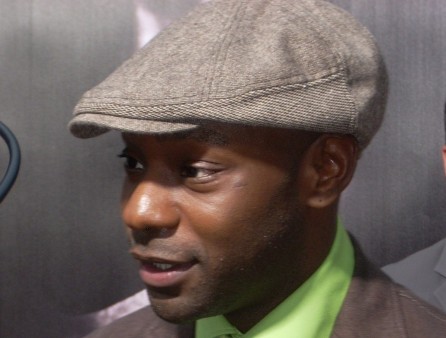 Nelsan Ellis, age 39, best known for his role as Lafayette Reynolds on the HBO vampire series True Blood, died on July 8 of heart failure due to complications from alcohol withdrawal, according to a statement from his family released through his manager, reports The Hollywood Reporter.

In the announcement, Ellis’s father shared that after a number of efforts to kick his addiction to booze Ellis attempted to withdraw from alcohol on his own. During this time, Ellis suffered a blood infection, his liver swelled, his kidneys shut down, his blood pressure dropped and his heart raced out of control.

Some of these dangerous effects are the result of a form of alcohol withdrawal called delirium tremens, aka DTs, that may trigger dramatic and unpredictable changes in heart rate or blood pressure and may cause heart attack, stroke or death.

“Nelsan was ashamed of his addiction and thus was reluctant to talk about it during his life,” said his manager, Emily Gerson Saines. “His family, however, believes that in death he would want his life to serve as a cautionary tale in an attempt to help others.”

HBO issued the following statement paying tribute to the entertainer who played the popular and beloved short-order cook in the horror show. “Nelsan was a longtime member of the HBO family whose groundbreaking portrayal of Lafayette will be remembered fondly within the overall legacy of True Blood. Nelsan will be dearly missed by his fans and all of us at HBO.”

In the books on which the series was based, Reynolds was killed off relatively early. But Ellis’s portrayal of the character prompted the writers of the TV version of the dark fantasy to retain him for the entire series.

Ellis’s résumé included the films Get on Up, The Help and The Butler. He also appeared in roles on the television series Elementary and in the 2016 film Little Boxes. His final big-screen appearance will be in True to the Game, which debuts in theaters on September 8.

He is survived by his grandmother, aunt, father, siblings and son.