Courtesy of March of Dimes/Getty Images

Jennifer Hudson is more committed than ever to ending violence against women and girls.

Last year, Grammy- and oscar-winning actress Jennifer Hudson graciously accepted the March of Dimes Grace Kelly Award. Fittingly, Hudson received the honor at the Celebration of Babies Luncheon, the nonprofit’s top special event, which raises funds for the organization as well as awareness about the preterm-birth health crisis and the need to ensure that mothers-to-be and newborns get the care they need to thrive.

“It’s such an honor to be recognized with this award,” Hudson said. “I’ve been privileged to have gone through a healthy pregnancy with my son, but I know it’s not like that for everyone. Having healthy and happy babies is every mother’s wish. I’m proud to support the March of Dimes in their ongoing commitment to healthy pregnancies and families, striving for a world where every baby has a fair chance.”

A few years ago achieving those goals seemed close. But after a decline in preterm-birth rates in the United States from 2007 to 2014, the Centers for Disease Control and Prevention (CDC) reported an uptick from 2014 to 2015. What’s more, the rate of preterm births among African-American women was 50 percent higher when compared with the numbers for white women, proof that racial and ethnic disparities persist.

“We are dismayed that the preterm-birth rate has started to increase again for the first time in eight years,” says Stacey Stewart, president of the nonprofit. “Premature birth is a serious and complex problem with many contributing factors. It affects all Americans and people worldwide as the leading cause of death among children under age 5.”

During preterm labor, a woman gives birth before she completes 37 weeks of pregnancy. (Babies need about 40 weeks in the womb to grow and achieve proper organ development.) This can result in infants starting life with complicated medical problems.

Inquiries undertaken by several leading international, regional and national organizations into why Black women and their babies are at a higher risk for preterm birth concluded in an assessment suggesting that obesity, diabetes, heart disease, smoking, a lack of prenatal care, poor maternal health and drug and alcohol use by mothers may factor into the discrepancy in rates.

But scientists have yet to fully identify factors that confirm why Black women of all ages and socioeconomic standing suffer from an increased risk of preterm births and low-birth-weight babies.

Kecia Gaither, MD, FACOG, a New York City–based double board-certified ob-gyn and maternal-fetal medicine physician, says that also worth noting is the violence some women suffer at the hands of their intimate partners during pregnancy. “I think that pregnancy is a time that women are vulnerable emotionally and certainly physically,” she says. “You’re kind of off balance and ungainly and waddling about, so I think that some men see that as a time to really turn the heat up on a woman.”

According to the National Institutes of Health, intimate partner violence (IPV) affects about 300,000 pregnant women each year, whether they’re young, old, rich, poor, educated or unschooled. But this number may be even higher because these incidents aren’t usually reported, according to the CDC.

“You have to break IPV down into three categories: There’s physical, sexual and emotional abuse,” Gaither explains. “Certainly if a woman is being emotionally abused—for example, the man is telling her that she’s ugly or that she’s fat, or if he’s trying to isolate her from friends and family and trying to keep her from doing things that she likes to do—then you have to deal with the depression and the anxiety that can follow.”

Gaither says she’s cared for women who arrive for an office visit with lacerations in their genital area, sexually transmitted diseases they acquired from a partner or broken bones and blackened eyes. “I’ve had three cases that I can think of right off the bat where the man kicked the woman in the stomach,” she recalls. “In one case, the baby actually died, and in the other two cases, the woman ended up in need of a stat C-section because there’s a medical condition in pregnancy called placental abruption when the placenta comes off while the baby is still inside the womb, which necessitates the emergency delivery of a preterm infant.”

Hudson’s No. 1 priority is to ensure that women and babies stay healthy.

Depression, stress and anxiety can trigger preterm labor, preterm delivery and low-birth-weight babies whose growth is affected. Sometimes, these women may think about killing themselves or their abusive partners. “I’ve had quite a few patients in my career try to commit suicide just to get away from the emotional abuse that goes on, or the woman tries to get away, but the man tracks her down—that kind of thing,” Gaither says.

Findings from a study of midwives who questioned their expectant patients about domestic violence in their relationships showed that women who were abused before getting pregnant are more likely to experience violence during their pregnancies.

“A healthy pregnancy starts before you get pregnant,” says Edward R.B. McCabe, MD, PhD, the former chief medical officer of the March of Dimes Foundation. “It’s important to know what you can do before becoming pregnant to help you have a healthy pregnancy and a healthy baby, starting with a preconception checkup prior to getting pregnant.”

The support of groups like the March of Dimes can be immensely helpful to women in need. That’s why Jennifer Hudson endorses organizations like this one, where McCabe championed initiatives that teach women and girls how to handle stress and that work to end violence against them. In 2008, Hudson and a slew of other celebrities donated their talent to participate in a performance of The Vagina Monologues in New Orleans that closed the 10th anniversary celebration of V-Day. (The “V” stands for “Victory,” “Valentine” and “Vagina.”)

This global movement of activists has raised millions to support many community-based programs, legislation and educational events that target brutality and exploitation of all types against women and girls.

Indeed, females everywhere are at risk of intimate partner violence during pregnancy. But findings show that particular groups of women, such as poor, young, pregnant, unmarried minority females, may be more likely to become targets of abusive partners.

But as research explores and exposes this problem, which scientists say is “significant worldwide,” experts are working to provide health care workers and policymakers with tools to help women. The first step is to train health professionals to screen all pregnant women for IPV. In addition, public health professionals suggest implementing specific management and intervention protocols that assist women to either safely negotiate their way through domestic abuse or find a way out once the problem is recognized. These options, however, have yielded spotty success because of a lack of standardized methodology for screening. 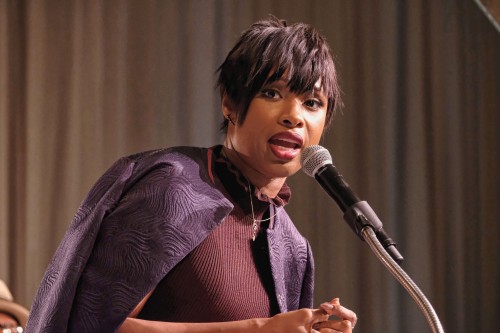 “If a woman presents with a number of unexplained bruises, or if she reports that she’s being abused in the home, or if there are other medical conditions, such as stress or depression, those are things that would alert you to start questioning a little bit further about any issues that might be going on in the household that are suggestive of domestic violence,” Gaither says. “There’s no training, per se, to detect IPV. I think it’s a matter of intuition, in most cases, of looking to see how a woman is acting. Once you do your physical exam, if there’s any evidence of abuse, you can just ask her frankly what happened, if everything is OK or if there’s anything she wants to talk about.”

Meanwhile, Hudson continues to advocate against IPV and domestic abuse so that babies, their mothers and families can look forward to living healthier, safer lives together.