Sanjay Gupta, MD, the chief medical correspondent for CNN, now supports medical marijuana, according to an opinion he wrote for CNN.com. He changed his mind after working on his new CNN documentary titled Weed. Gupta said the research he studied for the film and the personal stories he encountered during the process led him to this new position. He apologized for actively opposing prescription pot in the past, including writing an op-ed for Time magazine in 2009 titled “Why I Would Vote No on Pot.” 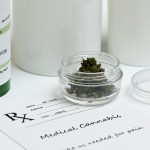