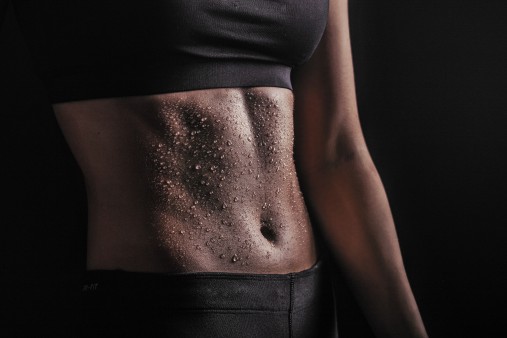 In 1948, a heat wave in New York City led researcher Paul di Sant’Agnese, MD, to observe that patients with cystic fibrosis lose excess salt in their sweat. This landmark discovery resulted in the development of the sweat test for diagnosis of the disease in 1959. Since then, doctors have been studying ways to use this biofluid to diagnose other diseases, such as diabetes, cancer and even mental illnesses.

Recently, scientists have created a sensor that reads the molecular composition of sweat and forwards the results to a smartphone. “The idea is to have this thumbs-up or thumbs-down device that will give real-time information: It could provide an alarm that you need to take some medication,” says Ali Javey, a professor of electrical engineering and computer science at the University of California, Berkeley, and one of the scientists who helped to develop the device.

The fitness wristband, which is made of clear plastic with a sweat sensor embedded inside, continuously streams information while simultaneously measuring biological markers in the body to assess an individual’s health.

But before sweat sensors can become an effective tool for health assessments, scientists must learn to work with the tiny quantities of fluid the devices collect. Also, when compared with traditional tools used to evaluate illnesses—such as blood tests—sweat sensors aren’t nearly as accurate, Javey says.