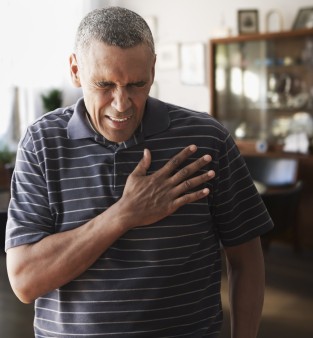 For People Faced With Cardiac Arrest, Where They Live May Matter

When a person’s heart suddenly stops beating and he or she receives cardiopulmonary resuscitation (CPR) from a passerby before emergency medical services arrive on the scene, that individual is twice as likely to survive. Now, new findings published in JAMA Cardiology reveal that those who experience cardiac arrest in Black neighborhoods are less likely to receive CPR or defibrillation (a medical technique that applies an electric shock to restore a regular, synchronized rhythm to the heart) from a bystander, which lowers their chances of survival, reports Duke Clinical Research Institute.

In addition, researchers used data from the U.S. Census to classify neighborhoods according to the proportion of its residents who were Black: less than 25 percent, 25 to 50 percent, 51 to 75 percent and more than 75 percent.

The study’s authors also noted that 4.5 percent of cardiac arrest sufferers were more likely to receive defibrillation from an onlooker in mostly white neighborhoods compared with only 0.9 percent of those in Black neighborhoods. Furthermore, the inquiry showed that people who lived in mixed- to majority-Black neighborhoods faced a significantly lower adjusted survival rate at the time of discharge from the hospital.

“We have known that there are differences in the rates of survival from cardiac arrest between Blacks and whites, but it was surprising to see how the demographics of a neighborhood affected outcomes of residents who experience cardiac arrest,” said Monique Anderson Starks, MD, a cardiologist at the Duke Clinical Research Institute in North Carolina and the lead author of the study. “This is absolutely a call to action to improve and expand CPR training and defibrillator access.”

Click here to learn how minorities are more likely to get more low-value health services.