New FDA-Approved Drug Could Stop the Onset of Migraines

Doctors are excited about Aimovig, the first of a new class of medicines developed to relieve migraine headaches.

Results from the most recent study of 246 folks with migraines resistant to treatment found that the injectable drug diminished monthly migraine attacks by more than 50 percent in a third of participants. One previous inquiry of 955 people with episodic migraines linked Aimovig with one to two fewer migraine days per month. Two others—both three-month-long investigations—showed that migraine sufferers who took the drug experienced fewer migraine days each month.

Scientists believe that the drug works by stopping a chemical called calcitonin gene-related peptide from binding to a nerve and issuing pain signals. “In so doing, [Aimovig] very safely blocks a good deal of the migraines from occurring in the first place,” said Randall G. Berliner, MD, a migraine specialist and adjunct neurologist at Lenox Hill Hospital in New York City, who expressed excitement about the findings.

Noah Rosen, MD, the director of the Headache Center at Northwell Health’s Neuroscience Institute in Great Neck, New York, another expert who wasn’t involved in the study said “too many people have suffered because [of] a lack of good migraine-specific prevention and from the side effects of many of the currently available options.”

He thinks that if researchers can figure out which migraine sufferers are more likely to benefit from this treatment, doctors will be able to provide more effective care.

Aimovig’s estimated cost is $7,000 annually, but the drug could be covered by insurance. Common side effects include injection-site reactions and constipation.

Click here to learn how the anesthetic drug ketamine may reduce the intensity of migraines. 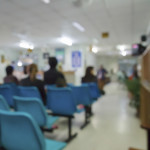 Think Twice Before Scarfing Down That Glass of Ice Water