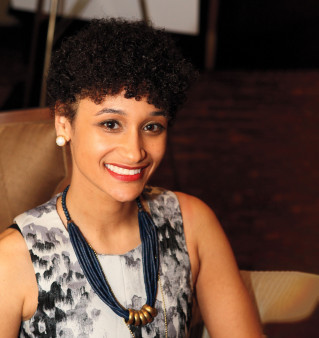 Doctors’ implicit biases can be particularly destructive to their patients’ health outcomes.

Halloween was a few days off, and Sarah Reneé Shaw, age 32, was waiting in line to enter a corn maze with a group of friends when a sharp, jagged pain shot through her right eye to the back of her skull. The pounding pain took her breath away. “Everything felt too loud and looked too bright,” she says.

Shaw managed to get through the night. But for the next three days, excruciating pain confined her to bed. She was severely nauseated and barely able to eat. “At that point, I didn’t know what I was experiencing was a migraine attack,” she says.

The first few doctors Shaw visited diagnosed her with anxiety and stress from overwork. Over time, she began attending pain support groups online in search of any information she could find. A chance conversation with an employee at her neighborhood pharmacy offered a possible explanation.

“When I mentioned that I experienced nausea and light sensitivity, she said, ‘Oh, that sounds like you’re having a migraine. Here’s some over-the-counter medication that I think would help. But I really think you need to see a neurologist.’ That was the first time anyone had mentioned the word migraine,” Shaw says. “That’s when I started to make a little more progress in finding out what was going on with me.”

An adopted child, Shaw was unaware of her family’s medical history. “I didn’t know if I was predisposed to migraine attacks, so this unknown didn’t help me get a quick diagnosis,” she says.

Shaw thinks that getting a proper diagnosis was also made harder by the fact that she was a Black queer woman in pain who got no relief from any of the medications doctors gave her. “I was often called ‘a problem patient’ because whatever they were doing wasn’t working,” she says. “I also noticed I was treated differently if I came to a doctor’s appointment in sweatpants and a sweatshirt versus if I came straight from work wearing professional attire,” she says.

“I definitely feel that there are different misconceptions physicians believe, not only based on a patient’s gender,” Shaw continues. “For example, as a queer woman with a partner who comes with me to my sessions, I’ve sometimes noticed a sort of unspoken discomfort on the part of doctors when I introduce her. I can’t say that it’s affected my treatment plan, but this sometimes made it uncomfortable for me to go to the doctor.”

Doctors’ implicit biases can be particularly destructive to their patients’ health outcomes. But advice Shaw received from other people of color helped. “They told me that I really needed to find an affirming doctor who is either a person of color or a physician who gets it,” she says.

Shaw did just that and for a while was satisfied with her care. Then she was laid off work. “I lost all my insurance, so I had to quit that doctor. Then I was put back into a ‘more affordable level of care,’” she says. “That’s when I ran into the same problems with providers that I had before.”

Eventually, Shaw sought care outside New Jersey, her home state. “I found a Black queer neurologist in Pennsylvania who aligns with me and just advocates more for me and really validates my experiences,” she says. “I find having that affirming doctor that gets it just makes a world of difference.”