Diagnosing Alzheimer’s disease is difficult. Brain scans and spinal taps can detect signs of the illness early but are impractical for screening millions of people. As a result, the disease is often diagnosed via memory tests or through the observation of behavioral changes, at which point the disease may be quite advanced. Now, according to a new study published in the journal Ophthalmology Retina, a new eye scan may be able to detect signs of the disease within seconds, reports the American Academy of Ophthalmology.

For the study, researchers compared the retinas in 70 eyes of 39 Alzheimer’s patients with 72 eyes of 37 people with mild cognitive impairment and 254 eyes of 133 cognitively healthy people using optical coherence tomography angiography. (This new and precise noninvasive imaging helps doctors examine the smallest blood vessels located in the back of the eye.)

Scientists found that the scan was able to identify signs of Alzheimer’s quickly. In addition, the optical test helped distinguish between the irreversible, progressive brain disorder that slowly impairs cognitive function and moderate cognitive dysfunction.

Those with Alzheimer’s experienced a loss of small retinal blood vessels at the back of the eye as well as thinning in a specific layer of the retina compared with individuals who suffered from mild cognitive impairment and healthy cognition.

“Early diagnosis of Alzheimer’s disease is a huge unmet need,” said Sharon Fekrat, MD, a professor of ophthalmology at Duke University School of Medicine in Durhham, North Carolina, and the senior author of the study. “It’s not possible for current techniques like a brain scan or lumbar puncture (spinal tap) to screen the number of patients with this disease. It is possible these changes in blood vessel density in the retina may mirror what’s going on in the tiny blood vessels in the brain.”

Fekrat concluded that being able to detect such changes before any modifications in cognition occur could significantly affect people living with Alzheimer’s. For one, it would give these folks and their families some time to make plans for the future.

Are Chronic Negative Thoughts a Risk Factor for Dementia? 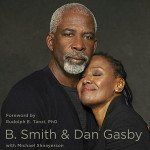