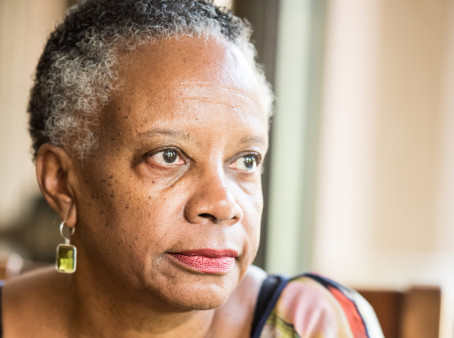 To find an effective cure for Alzheimer’s, research must more accurately reflect the diversity of the U.S. population.

In comparison with their white counterparts, African Americans are disproportionately affected by Alzheimer’s disease. Now, new findings published in JAMA Neurology, show that the molecular biomarkers that signal this form of dementia may differ between the two races, reports MedPage Today.

For the study, researchers used data about biological markers from 1,255 participants enrolled in longitudinal studies at the Knight Alzheimer Disease Research Center at Washington University who participated in at least one Alzheimer’s biomarker study from 2004 to 2015.

The average age of these older adults was 71 years, and 173 (13.8 percent) were African American. Two thirds of the individuals had normal cognition while the remaining one third were in the earliest stages of Alzheimer’s disease, which can occur when tau proteins are defective.

Findings showed significant differences in levels of tau protein (proteins that stabilize and support the structure in nerve cells allowing them to divide and transport substances inside the cell) between African-American and non-Hispanic white individuals. In addition, another phosphorylated form of the protein differed in the cerebrospinal fluids (CSF) of the two groups. (Phosphorylation is the addition of a phosphate group to a molecule.)

What’s more, the hippocampus (the region of the brain primarily associated with memory) of African Americans who reported a family history of dementia was smaller in volume compared with their white counterparts.

Interestingly, scientists noted that only the Black participants with an apolipoprotein E (APOE) ε4 allele—a gene associated with an increased risk for late-onset Alzheimer’s—showed reduced CSF levels of total tau and phosphorylated tau.

As a result, researchers concluded that these racial differences in Alzheimer’s biomarkers may be responsible for how the illness is expressed in Black and white individuals, which requires that study participants be diverse since population groups are affected differently by the disease.