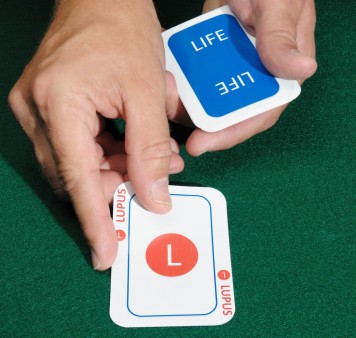 With its mysterious symptoms and debilitating effects, lupus has a reputation as a silent killer. But as the autoimmune disease afflicts more and more people—mostly women and minorities—louder voices call out for research and awareness.

Silent as a thief, lupus can snatch away the health of young adults, rendering them chronically ill and at times disabled. Just ask Ford model Tomiko Fraser. She watched helplessly as her younger sister, Shneequa, was stricken with the harrowing disease at age 20. “My initial response was shock,” she recalls, “because I didn’t know anything about lupus. I didn’t know anyone that had lupus.”

But first: What is lupus? Defined as an autoimmune disease, lupus affects several parts of the body, such as the lungs, brain, heart, skin, kidneys and joints. In an autoimmune disorder, the immune system cannot tell the difference between its own cells and foreign invaders. As a result, the body attacks its own healthy tissues and cells. This causes tissue damage as well as inflammation, but lupus manifests very differently in each person. The disease may either passively harm a few organs or create serious life-threatening medical conditions. Symptoms vary from mild to severe, with the most common ones including achy joints, skin rashes, anemia, fatigue and arthritis. Many of these indicators are often dismissed as everyday ailments, but they tend to become chronic, resulting in what are called “flare-ups.”

In fact, 1.5 to 2 million Americans are plagued by some form of systemic lupus erythematosus, (SLE, or lupus), according to the Lupus Foundation of America (LFA). While lupus doesn’t discriminate, LFA research shows that 90 percent of lupus patients are women between ages 15 and 45 and that the disease is two to three times more likely to strike minorities.

Currently, the direct cause of lupus is unknown, but research indicates a genetic predisposition; in other words, it’s inherited from family members. Lupus is a challenge to diagnose correctly. Not only is it almost undetectable, but it can also imitate many other illnesses, which often leads to misdiagnoses. In addition, patients are often clueless about its varying warning signs. Plus, there’s no specialized lupus laboratory test to identify the disease.

Presently, doctors rely on the ANA (Antinuclear Antibody) test, which can determine whether an autoimmune disease is present but cannot single out any specific disorder. The ANA test, coupled with a thorough review of a patient’s medical history, however, can aid doctors in making a diagnosis.

Ask anyone to list a potentially deadly disease, and most people would say cancer or heart disease. Few would think of lupus. But this lack of knowledge puts many at risk because the condition can be life-threatening if untreated. Fortunately, the LFA is educating the public about the disease and promoting research to develop newer and safer treatments. The LFA has enlisted celebrities, such as Fraser and NFL star Jonathan Babineaux of the Atlanta Falcons, to increase public awareness about the disease. Thanks to their efforts, more people now know that lupus exists—and that it’s no longer a death sentence.

As Maybelline’s first African-American face to sign an exclusive modeling contract, Tomiko Fraser’s life as a model and actress may seem glamorous, but because of lupus, she’s experienced the kind of pain and suffering no one envies. She’s had to watch in helpless frustration as the sister she calls her “heart” deteriorates before her eyes.

“My sister was literally normal one day, and the next she became sickened with this disease,” says Fraser, explaining that Shneequa’s situation quickly became dire. Shneequa, who has one son, suffered permanent brain damage as a result of the disease and was left with an irreversible speech disability and mobility impairment.

“It’s been very hard on everyone,” Fraser says about the disease’s effect on her and her family. “My sister was very outgoing, vivacious, [and she] just loved life…and while it hasn’t robbed her of her personality completely, it’s taken a lot away from her.”

Today, Fraser observes that although Shneequa’s symptoms were evident, doctors only treated them as they arose. Because of this scattershot approach, the physicians missed opportunities to provide more comprehensive treatment that would’ve halted the disease’s progression. “What I know now and what I knew then are very different; she was definitely exhibiting signs,” Fraser says. “Shneequa had the skin rashes, urinary tract infections, photosensitivity—she had all those things leading up to her diagnosis. But she was only being treated for each individual occurrence.”

That was 10 years ago. Today, because of the severity of her condition, Shneequa resides in a nursing facility in Los Angeles not too far from her sister’s home. Fraser routinely visits her there at least twice a week. (Other than Fraser, Shneequa is able to recognize very few people from her past.)

Even though Shneequa’s lupus condition is inoperable—“I’ve been told that it’s pretty much irreversible,” Fraser says. “I don’t know if a cure would have a positive effect on her because there’s more involved than her nervous system”—Fraser has become an avid advocate for lupus awareness, eventually becoming LFA’s national spokesperson and a member of the organization’s board of directors.

Her goal is to inform the public about this lesser-known disease. “Anytime I can educate somebody about it,” she says, “I believe we’re that much closer to a cure because people are going to demand to have drugs, research and funding available for lupus sufferers when they find out how widespread the disease is.”

Despite the severity of lupus, the U.S. Food and Drug Administration has approved no new treatment for the illness in 40 years. Because of the complexity of the disease, the drugs tested have failed to meet expectations. Joan T. Merrill, MD, medical director of the LFA and a member of the Oklahoma Medical Research Foundation, says it also doesn’t help that lupus has been underdiagnosed and misdiagnosed for so many years, placing it at the bottom of the pharmaceutical industry’s research list for “diseases that need a drug cure.”

But a few FDA-approved medicines are available for lupus patients: the anti-malarial drug Plaquenil, the steroid Prednisone and non-steroidal anti-inflammatory drugs (NSAIDs), such as aspirin. Although these drugs are readily accessible and may suppress the immune system while reducing inflammation and pain, their side effects often put patients at risk for diabetes, high blood pressure and, in extreme cases, blindness. Alternatives do exist: A host of “off-label” medications—that is, not FDA-approved—have successfully suppressed the illness.

In conjunction with medical treatments, those living with lupus can reduce flare-ups with lifestyle changes, such as exercising, limiting sun exposure and eating a balanced diet. Exercise is recommended to help prevent muscle weakness and fatigue (just don’t overdo it); sun exposure should be limited as the majority of lupus patients are sensitive to the ultraviolet rays in sunlight; and a balanced diet ensures that patients get the necessary vitamins and minerals for optimum health. Addi-tionally, recent studies show the future looks bright for lupus patients because potential treatments currently being researched are more sophisticated and exhibit less damaging side effects in other areas.

“These days we have good treatments that can modify the disease,” Dr. Merrill explains. But the downside is that treatments tend to overkill the disease, leaving patients susceptible to infections and damage. Another problem is that doctors simply don’t have a sophisticated enough understanding of lupus to put the immune system back in balance. “We’re trying to sort out the individual immune disorders and put them back into balance—that’s the goal,” Merrill says. “But it takes a lot of biology and a lot of science.”

And all that research costs money and requires support. Luckily, other big name personalities are joining the fight. Football star Jonathan Babineaux began using his celebrity in his hometown of Port Arthur, Texas, and has teamed up with LFA’s Georgia chapter to raise awareness. “It actually came about when me and my brother, Jordan Babineaux, who plays for the Seattle Seahawks, started being aware of the increase [of lupus] in our hometown,” Babineaux says. “Nobody really knew about lupus. We sure didn’t. So we decided to start a family foundation and try to raise awareness to get an understanding of what this disease is.”

The brothers’ campaign for lupus awareness began in Port Arthur four years ago with The Babineaux Family Foundation (BFF). Headed by his mother and brother, the foundation sponsors fund-raisers that have brought much-needed attention to the disease. The money raised by the BFF is being used to build a community recreation center in Texas. And in Georgia, where Babineaux plays football, the LFA chapter recently hosted its first Drive for Lupus Now golf tournament.

While most celebrities become advocates for diseases that have affected them personally, Babineaux acknowledges that lupus has not directly touched him. So why did he get involved? “I wanted to do something for the LFA [Georgia chapter] because I feel that a person like myself, in the position I am in, can help bring awareness to people.”

Meanwhile, innovative research offers new hope. In the past two years, the LFA received an additional $2 million in fellowships and grants to support its groundbreaking research. “It’s theoretically possible that if we can sort out every little thing that’s going on in the immune system then someday we could have a cure,” Merrill explains, adding that much optimism abounds. “There’s great scientific reason to believe that by the end of the 21st century lupus patients will have completely normal lives.”
COULD IT BE LUPUS?
Because no single laboratory test can confirm a lupus diagnosis, if you answer “yes” to at least three questions below, the Lupus Foundation of America suggests you speak to your doctor about the disease.