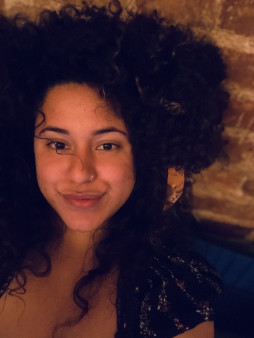 Two LGBTQ people share how they get their sexual health needs met.

As it has for many queer folks, the COVID-19 pandemic has changed the sex lives of Sabrina Sarro and Leo Herrera. And they’ve both been surprised to find that, in some ways, they like the changes.

Sarro, who prefers to use their own fingers instead of vibrators or other toys, also says self-pleasure has been a balm amid the racial unrest in the wake of the police killings of George Floyd and other Black Americans.

As for Herrera, 39, a Mexican-American filmmaker who identifies as cisgender and gay and lives between San Francisco and New Orleans, avoiding COVID-19 moved him and his boyfriend of three years to become monogamous, whereas previously they had always had an open relationship.

“Before COVID,” he says, “we were both on PrEP [pre-exposure prophylaxis to prevent HIV], and we’d keep each other posted if either of us tested positive for STIs [sexually transmitted infections] on our regular quarterly screenings. We loved going out and nightlife, and we both feel that one partner alone isn’t going to provide all your sexual pleasure. But once COVID arrived, we became each other’s bubble and became monogamous. We’re both from families that didn’t grow up with health care, so we have a heightened sense of health risk.” He adds that his grandmother in Mexico recently died of COVID-19.

And guess what? “Monogamy’s been not as bad as I thought! We really enjoy sexual attention from other people, but it’s been interesting to take that out of the equation and be left with each other. We’ve both gone through so much the past year as Black and brown men. This is the most I’ve ever slept in the same bed with someone.”

In different ways, both Sarro and Herrera have taken proactive steps during COVID-19 toward caring for not just their sexual health but also their own happiness.

“Sexual health is all about being able to embrace and enjoy your sexuality throughout your life, because it’s an important part of life,” says Radix. “Often, people think of it as being only about getting treated for STIs, but it’s also about both your emotional and mental well-being in relation to sexuality.”

“It’s useful to write out a list of questions or concerns beforehand,” he says. “You’re less likely to forget or lose your nerve that way.”

Ideally, says Radix, a provider will gently bring up sexual health as a part of your overall health, but not all providers have yet been trained to do so—something that organizations like ASHA are trying to change. If your provider isn’t open to hearing your concerns around sex, he says, you may want to look elsewhere.

This may be especially important for LGBTQ folks, he says, given a long history of being misunderstood, judged and discriminated against by the mainstream medical establishment—something that has only in recent decades begun to change. “Sexual education in U.S. schools is almost never LGBTQ-focused,” he says, “so many of us grow up believing there’s something wrong with our sexuality, which makes it harder to talk about in medical settings.”

You may want to discuss with your provider regularly getting tested for STIs, such as HIV, syphilis, gonorrhea and chlamydia, even if you believe you’re in a monogamous relationship—you don’t necessarily know your partner’s entire sexual history.

You may want to discuss preventive options, such as condoms, going on PrEP for HIV or getting vaccinated for hepatitis A or B or for human papillomavirus (HPV), some strains of which are known to cause various types of cancer.

Even if it’s solo sex. That’s what Sarro has discovered. “Having sex with myself before bed, usually I wake up less anxious and with a dream I want to remember,” they say.

And, in Herrera’s case, even if it’s monogamous sex. “Yes, we miss being lusted after by other people, but the pandemic and the racial reckoning of the past year have brought us closer,” he says. “It’ll be great to not be this bored in the house all the time eventually, but right now, we’re joking that we’re on low-battery mode, saving ourselves up.”