Casting Complete for DC Staging of The Normal Heart

Casting has been announced for the Washington, DC, staging of Larry Kramer’s 1985 AIDS play, The Normal Heart. George C. Wolfe, who directed the 2011 Tony Award–winning production, will mount the Arena Stage premiere in DC. Original Broadway cast members Patrick Breen (Next Fall) and Luke MacFarlane (Brothers & Sisters) will return, and TV actress Patricia Wetting (Brothers & Sisters) will play paraplegic doctor Emma Brookner. Joining them are Tom Berklund (Broadway’s The Addams Family), Michael Berresse (A Chorus Line), Christopher Dinolfo (Next Fall), Christopher J. Hanke, Jon Levenson, Nick Mennell and John Procaccino. Set in the 1980s, the play follows Ned Weeks (played in the DC production by Breen), the gay outspoken founder of an AIDS advocacy group in New York City. The Normal Heart runs June 8 to July 29 at the Kreeger Theater. The play is an Affiliated Independent Event of the XIX International AIDS Conference (AIDS 2012), which takes place July 22–27 in the nation’s capital. This marks the first performing arts event to be affiliated with the conference. 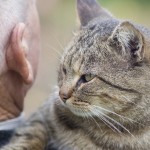