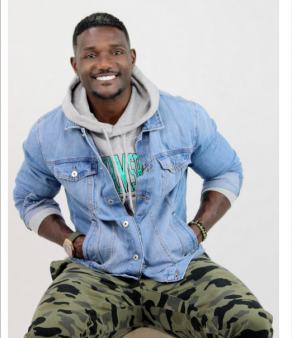 Have older elite athletes stopped the clock on the physiological decline of the body?

It’s no secret that as an athlete, Justin Gatlin’s hunger has yet to be satisfied. The sprinter wants to reclaim the unofficial title of “the world’s fastest human” that is automatically bestowed on the gold medal winner of the 100-meter dash at the Olympic Games.

However, that craving is just a bit different now, in the face of the coronavirus crisis that struck this year. When the pandemic prompted the International Olympic Committee to cancel the prestigious sporting event, fate handed Gatlin, age 38, a setback. “Literally, in a week’s time, everything crumbled,” he says. “Competitions and flights to competitions were canceled every other hour. In days, the whole season was gone!”

Temporarily immobilized, Gatlin brooded. “I’m sitting at home in the best shape of my life and couldn’t use it,” he says. “To make matters worse, our training facility was also now closed.”

Gatlin, who turns 39 in February, was acutely aware of the passage of time. Nevertheless, he’s been preparing for the games—again—in Florida, where he decided to stay and train. Currently, the Olympics are scheduled to begin July 23, 2021, in Tokyo.

“This coronavirus seemed to have come from nowhere and into the sporting world. Like most athletes, I was beside myself in shock. I was physically and mentally ready for one of my best seasons yet, and the training showed it!” says Gatlin.

But soon, he realized that there was more to lose than the opportunity to win medals. “In the beginning, I was upset about the postponement of the Olympics and the season, but I couldn’t imagine competing while having my family in the stands rooting for me putting their health at risk just to keep a tradition going,” Gatlin says. “Athletes want to entertain and inspire not put fans at risk.”

A streak of practicality seems to be encoded in Gatlin’s DNA. “As an athlete I’m concerned about my health while traveling and competing abroad, but it puts us (as athletes) in a tough position because this is our livelihood,” he says. “This is why preparation is more important now than ever!”

Like a number of other elite athletes who have remained competitive well beyond expectations, Gatlin has trained long and hard. “Athletes like myself, Tom Brady, Drew Brees and Dara Torres, along with many others, have pushed the boundaries of age and what retirement really looks like for athletes,” he says.

His ultimate goal is to be one of the best sprinters in history, revered among those he idolizes: Jesse Owens, Carl Lewis and Michael Johnson. 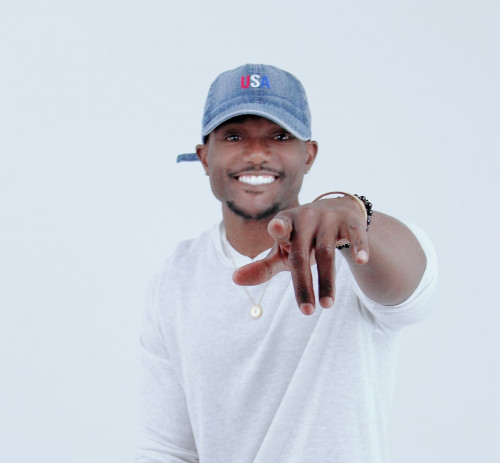 As a child growing up in Brooklyn, Gatlin refused to place limits on what he could do. In high school in Pensacola, Florida, where his parents relocated, he began running track and received a scholarship to the University of Tennessee. He turned professional in the fall of 2000. Now, 20 years later, Gatlin remains a competitor, joining a growing list of athletes who are challenging stereotypes. But the phenomenon isn’t a 21st-century achievement. In 1948, at age 42, legendary baseball pitcher Satchel Paige was signed to the Cleveland Indians, becoming the oldest rookie in the major leagues. After his retirement at age 46, Paige continued to play at a peak level at special exhibition games well into his 60s.

A colorful character, Paige was known for a slew of memorable quotations about aging. One in particular can be said to reflect Gatlin’s outlook on this issue. “Age is a case of mind over matter,” Paige said. “If you don’t mind, it don’t matter.”

Gatlin, like Paige, has chosen not to place boundaries on his body’s capabilities. His physical and mental capacity as an older athlete has largely been molded by his willingness to learn new methodologies of movement to help perfect his artistry and technique. “I think athletes who are older or seasoned veterans are ushering in a new era of where sports meets science,” he says.

Research on the effects of aging on the physical ability of elite athletes to compete at the highest levels of sport has yielded intriguing findings showing that top track-and-field athletes are competing at increasingly older ages. “With the right training and taking care of your body, an athlete’s career can last much longer, possibly into your 40s,” Gatlin says.

According to experts in dietetics and sports medicine, athletes who make smart nutritional choices perform better and recover more quickly from the rigors of intense physical activities. In his book Play On: The New Science of Elite Performance at Any Age, Jeff Bercovici, a deputy business editor at the Los Angeles Times, spent time with professional and Olympic athletes, coaches and doctors to learn how better training, medicine and technology might translate into athletic longevity.

Gatlin has availed himself of all these assists. Like a fine wine, he’s improved with age. He is a winner who has stayed competitive, one of only a few world-class sprinters in his age group. However, this distinction has also singled him out for scrutiny. He’s been tested frequently at random by the United States Anti-Doping Agency for steroids or other substances that might give him an edge. Gatlin dislikes the scrutiny but has come to see it as the price he must pay for having previously served two suspensions from the sport for doping infractions.

Although dogged by notoriety, Gatlin has been able to retain his focus and enthusiasm for a sport that he has said defines him as a person. That rock-solid belief in himself and the importance of the sport to Gatlin’s mental well-being have enabled him to weather difficulties and disappointments before. Research shows that these are among the most essential and intangible qualities that drive some athletes to achieve at the highest level while others fail.

Since the Olympics were postponed, Gatlin has focused on Tokyo and keeping his mind and body primed for competition. “I had to figure out a way to stay in shape, just in case the season was salvageable,” Gatlin says. “So for a month, I trained on a random patch of grass near an old retention pond. I also recently took up bike riding and shadow boxing just to help me stay focused.”

Gatlin knows that he’s bucking the odds. Findings show that the age range for peak competitive performance for Olympic sprinting events, which require explosive power, has remained remarkably consistent through the years. Scientific evidence supports the theory that the shorter the race, the younger the athlete; indeed, elite sprinters are generally between 23 and 27 years old. By these statistical standards, Gatlin is a decade past his prime.

But trends show that with the availability of specialized and scientific training, older super athletes are becoming more commonplace and will continue to amaze the scientists who study them. Bercovici believes that technological advances will help athletes avoid physical decline from fatigue and injuries. This means that, depending on the sport, many more 35- and 40-year-old world champions will reign.

Gatlin is already a contender in this phenomenal group. “I’ll be ready for whenever the Olympics happen,” he says. “I’ve now opened my eyes to just competing and not worrying so much about age.”

This article was written with the support of a journalism fellowship from The Gerontological Society of America, The Journalists Network on Generations and The Gannett Foundation.

Hypertension in Middle Age May Lead to Brain Damage