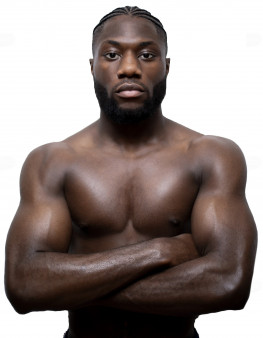 On April 30, 2021, the big night finally arrived for London-based boxer Jonathan Kumuteo. The 5-foot-11-inch welterweight made his professional debut on BT Sports, a pay television network in the United Kingdom. The event, originally scheduled to take place in August 2020, was postponed because of COVID-19. At that time Kumuteo was understandably disappointed, especially after he had triumphed over a painful and unsightly skin condition called hidradenitis suppurativa (HS) that threatened to dash his dreams of becoming a champion.

Some evidence suggests that HS occurs more often in people of color, including those of African-American descent. Classified as a chronic inflammatory disease, the condition, also known as acne inversa, causes lumpy lesions beneath the skin that can smell bad and ooze blood and pus when they erupt. It is also considered a rare disease, affecting between .003% and 4% of the global population.

Kumuteo, now age 25, was born in Lubumbashi, the second largest city in Congo. At age 7, he was sent to live with his father in England. He first noticed his HS symptoms in late 2014 when an abscess developed under his armpit. Doctors prescribed him antibiotics, but the boil grew to the size of a golf ball.

The condition also affected the skin around his groin.

But Kumuteo was determined not to let anything interrupt his promising career as an amateur athlete. “I was still boxing, and as an alpha male, we don’t want to submit by going to the hospital,” he says.

One day, however, Kumuteo’s arm hurt so much that he checked into the emergency room. Doctors drained the abscess, which left him with a 1.5-inch wound under his arm that he had to get packed with clean gauze every day at a local hospital. Recovery dragged on for six weeks. “But the wound would close then reopen,” he says. That went on for a year.

Kumuteo says friends and family didn’t understand what he was experiencing. They would suggest he had poor hygiene. Kumuteo felt isolated and alone and began to withdraw.

In 2016, while training for a national championship, Kumuteo felt swelling under both arms. Doctors diagnosed him with HS. Once again, he received antibiotics, which helped, and he continued to compete. He won his bout in the under-20 category but lost in the semifinals to the boxer who eventually won the championship.

Shortly after this event, Kumuteo spent days in so much pain that he was unable to train. “New Year’s Eve 2016, I couldn’t get out of bed. I saw all my friends enjoying themselves on Instagram and Snapchat, but I couldn’t do five star-jumps [jumping jacks],” he recalls. “Eight weeks earlier, I had won the London championships. It was difficult to digest.”

The following year, he underwent another operation to remove damaged tissue from his armpits.  He wore dressings 24 hours every day because the weakened skin under his arms would rip, soiling his bed linens and clothing. Although he’d been prescribed a drug for severe acne that slowed the progression of the illness, he sometimes bled without warning and continued to suffer from pain and fatigue. Doctors advised him to quit the sport.

“But giving up boxing was never an option for me,” Kumuteo says. He ignored his physicians’ advice and resumed training after being cleared to return to the gym. However, the hard-bodied athlete found it difficult to complete even a dozen reps using just the bench press bar. “The first time I ever stepped in a gym, I could do more than that,” he says.

He gradually regained his pre-surgery strength, but HS remained a constant; for more than two years, bleeding was a daily occurrence. During this time, Kumuteo watched numerous YouTube videos about individuals with chronic illnesses who achieved their goals despite living with serious health conditions. If these people could conquer their problems so can I, he thought.

After a disappointing loss to a boxer he’d beaten before, Kumuteo was referred to a cosmetic surgeon at the Royal Free Hospital in London. Every dermatologist he visited had told him that he’d be unable to compete because HS was incurable. But this doctor suggested a skin graft to his armpits and groin.

On November 8, 2018, Kumuteo underwent surgery. After the successful procedure, which left raw and ragged wounds underneath his arms, he shared a video about the operation with his fans on Instagram. “Where do I begin or how do I end?” he wrote. “The pain, the struggle, the hustle, the blood, the sweat and the tears are sure to follow, but I’m ready now. This is my story, the start of a new beginning.”

His recovery took three months. Kumuteo disclosed details about his health journey with the skin disease on social media. His Instagram videos garnered more than 300,000 views, and the boxer received thousands of supportive messages from people worldwide. He also visited schools throughout the United Kingdom, telling his story to students.

“If you share your story, it opens the conversation and hearts of other people to share theirs too,” he says.

The tremendous amount of support Kumuteo received online helped to make up for the years HS made him feel misunderstood, alienated and invisible.

According to Kumuteo, the operation cured his HS and he no longer needs treatment. The illness was “a blessing in disguise,” he says. “I see it as something that’s prepared me for this journey I’m about to embark on. If I can bounce back from that, I’m very well equipped for this game.”

Kumuteo can now count himself among those YouTubers who inspired him with their drive to overcome chronic illnesses.

By the way, Kumuteo convincingly trounced his opponent in the recent match and won the bout. 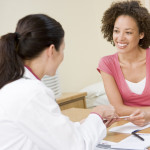 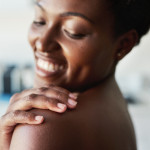