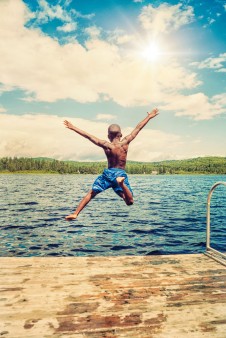 Should you be worried about brain-eating amoebas?

When a Florida teenager survived infection by Naegleria fowleri, a rare amoeba that kills almost all its victims, the news generated headlines.

The parasite, mistakenly described as a “brain-eating amoeba,” actually destroys tissues, swells the brain and causes death. Often, it’s forced into the nose and up nerve cells via swimming or diving in the waters where it lives.

In the United States, the amoeba commonly resides in warm freshwater, such as lakes and rivers, hot springs and poorly maintained swimming pools. But infections don’t occur often.

Still, the Centers for Disease Control and Prevention advises that you should assume there are risks when entering recreational waters throughout the country. The CDC also suggests that individuals in these settings limit the amount of water that travels up their nose.